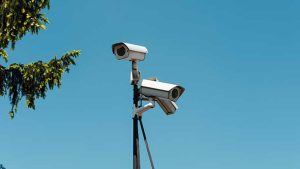 According to a recent survey, companies are increasing their use of advanced video analytics in their CCTV systems. The survey was carried out by NW Security and focused on what surveillance technologies organisations were adopting. The findings show an increase in the use of facial recognition, behavioural recognition and ANPR.

Frank Crouwel, Managing Director of NW Security, commented: “We have been surprised by the level of adoption of even fairly sophisticated video analytics adoption across CCTV system owners. That said, more and more camera vendors are offering analytics at the edge.

“Many video analytics types are present in over half of existing systems and 7 different types of analytics have already seen over 30% adoption across our total base of over 152* CCTV system owners of medium and large-sized businesses across England.”

Some key findings from the survey

The survey covered medium and large-sized business customers of NW Security based in England. It sought to understand their use of technology and what they were adopting.

Covid rules and social distancing have also persuaded companies to look at systems that predict crowd density. It has other benefits, especially for large social gatherings where attendance numbers are limited. The survey results showed:

One of the challenges for surveillance system operators is balancing privacy with business and public protection. For this survey, NW Security didn’t focus on the issue of privacy, but it is something that must not be overlooked. A recent UK court case has reiterated the need for people to check the law before deploying surveillance. Although that case was about a private individual and their CCTV, it has lessons for businesses.

For example, it transpired that the video shaping feature used by Ring cameras still captured the whole field of view. What it then did was apply a filter to whoever was viewing that image. It means that unfiltered images can still be extracted, which is of serious concern. The case also raised the need for effective signage when CCTV was being used. It is not just about CCTV in operation but also who to send a Subject Access Request (SAR) to.

That latter point is a problem for many organisations. Very little signage in large cities has adequate and up-to-date information on it. Trying to get details from a company can often mean handing over even more data. In some cases, businesses demand copies of government-issued ID before they will search for data. What they don’t do is say what happens to that ID or how it will be treated.

There are also questions over where the data collected is stored. A spokesperson for NW Security provided Enterprise Times with details from a previous survey around cloud storage for video surveillance. It found that 58% of public and private sector businesses plan to migrate their CCTV into the cloud. Construction firms (89%), retail and wholesale distribution (80%) and manufacturers (78%) are leading that trend.

What else could NW Security have asked?

There are several additional questions that NW Security could have asked. Most of these are around PII and how companies deal with it.

All of these are reasonable questions, and the PII policies of the company should cover most. The reality, however, is that few companies will have any updated and usable policies covering these areas.

It suggests that there is much more that needs to be done by the Information Commissioners Office. While it has a set of guides on its website, it cannot just assume that people will read and implement them. There needs to be enforcement action taken to protect privacy.

The UK is among the most surveilled nations on the planet. CCTV systems seem to be constantly springing up from those used by government, businesses and even private individuals. As the number of systems increases, so does the complexity and storage technology behind it. What were once grainy images are now very high definition videos and stills stored for a range of purposes.

That stored data is fed to a multitude of back-end systems that use facial recognition and other technologies to identify individuals. It is also shared with an increasing number of third parties, including local government, law enforcement and even trade bodies. Additionally, a lot of data is used by vendors to “improve” their products. Most of this is done without consent from those being surveilled, and, in many cases, it is hard to find out what has been captured.

This survey is an important data point. It shows how technology is being adopted and hints at the potential use of that technology. What it doesn’t do is look at how responsible those companies are for the data they gather. That latter point is an essential part of making such systems fit for purpose.

It would be interesting in a later survey to see how many organisations relate data protection to their CCTV systems.