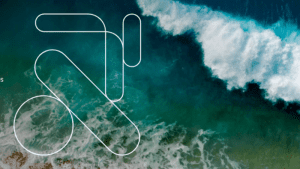 A UK start-up, iov42, which builds blockchain-inspired identification tools, has secured one of only seven tenders to design and develop the next generation of the European Blockchain Services Infrastructure (EBSI). EBSI, is a so-called ‘flagship project’ from the European Commission. It hopes to leverage blockchain technology to improve standards for cross-border services for public administrations across the EU.

Commenting on being the only UK company invited to contribute to the pan-European project, iov42 CEO Dominic von Trotha Taylor said: “We are delighted to have been selected by the European Commission to work on EBSI, which is made even more special for us as the only UK-based start-up to have been chosen.

“It is hugely validating to have an organisation such as the Commission endorsing our platform’s capabilities – capabilities (and approach) which we feel represents a refreshing departure from traditional DLT and which was designed with governments, enterprises and regulation front and centre.”

Since 2018, 29 countries (all EU Member States plus Norway and Lichtenstein) and the European Commission, have joined forces to form the European Blockchain Partnership (EBP). They have committed to working together towards realising the potential of blockchain-based services for the benefit of citizens, society and the economy.

The Partnership is building a European Blockchain Services Infrastructure (EBSI). The self-described vision is to leverage blockchain for the creation of cross-border services for public administrations (and their ecosystems) in order to:

Since 2020, EBSI has deployed a network of distributed blockchain nodes across Europe. These support applications focused on selected use-cases. The next generation EBSI will be built as a ‘public permissioned’ blockchain. It will be managed by the European Commission and member states. The infrastructure will:

The infrastructure builds out – from concept to completion – will take place over the next five years,. During this time, the European Blockchain Partnership aims to scale-up the investment fund to a fully developed investment platform with funding of €1-2B. As such, EBSI is a EU-wide blockchain infrastructure, driven by the public sector. Upon completion, EBSI aspires to be facilitating up to 15 billion transactions per minute, a world-first for blockchain technology.

Founded in 2016, iov42 builds simple building blocks to enable users to create easy-to-use applications which can:

It does this, it says, by using ledger technology digitally to codify processes. Unlike conventional blockchain models, iov42 creates a chain of transactional proofs for every identity and asset combination made. This improves the security and traceability of transactions for governments, public bodies and enterprises.

iov42’s identity-centric platform has its base in blockchain. It has added technology that makes processing simpler, faster and more secure. Rather than the ‘blocks’ of transactions that need bundling together before processing, each transaction goes through individually. The result is reduced delay. Part of this is avoiding the ‘chain’ concept. Instead of recording a linear sequence of events – from block to block – iov42 has a system it calls ‘Proofmesh‘ which

As described above, the European Blockchain Partnership is upgrading its existing infrastructure to create blockchain-based services for public administrations  – to benefit citizens, society and the economy. This will happen through the delivery of key use cases, which will in effect be digital product passports for the circular economy and digital IP rights.

When completed, the EBSI will:

iov42 technology would seem to be key to the drive to achieve the Europe Union’s ambitions. It (iov42) seems set to occupy a leading role within the series of research and development projects included in phase one.

Besides the irony that iov42, as a UK company, has a clearly significant role in the EU’s EBP infrastructure project, the “avoiding the ‘chain’ concept” begs some interesting questions about whether the EBSI will really use blockchain. For the moment, understanding that will need the phase one work to complete (though an iov42 blog may shed some light).