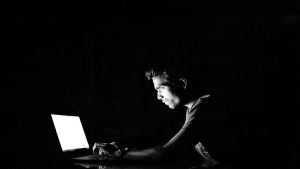 European and US data released by Riskified reveals a stark disconnect between retailers and shoppers on online shopping fraud. Riskified is an eCommerce enablement and fraud-prevention solutions provider. The research, which comprised 4,000 consumers and 400 retailers across the US, UK, France and Germany, highlights how widespread online retail fraud is. In addition, it studied the extent of its enduring financial impact and how it’s perceived in the eyes of shoppers versus retailers.

In the UK, 82% of retailers said that they have seen an increase in fraud attempts since the pandemic began. Card Not Present (CNP) fraud having the biggest negative impact on revenues (60%) followed by Promo Abuse (48%).

In the UK specifically, 27% of online consumers said their concerns over online shopping continue to grow. Furthermore, 51% of consumers believe that retailers will find it even harder to prevent fraud over the next year.

When it comes to fraud prevention, two-factor authentication was recognised by respondents as the most effective tool. However, it was also ranked as the most damaging to revenue for UK and French retailers. It was the second most damaging for US and German retailers. This can be attributed to the friction it can add to customer experience.
The use of new technologies to smooth the payment process and reduce fraud is becoming more prevalent as well.

“It’s no surprise that the rapid growth of eCommerce has also led to a rise in eCommerce fraud. As our research shows, the impact is significant for retailers and consumers,” said Peter Elmgren, Chief Revenue Officer at Riskified. “Fraud presents challenges for retailers who want to protect businesses while also delivering a seamless and safe experience for shoppers. According to Juniper Research, retailers lost £12.3 billion to eCommerce fraud in 2020. That number is expected to exceed £18 billion in just three years. By continuously learning from our retailer network and feeding real-time data into our sophisticated machine learning platform. We are able to help our retail partners build trust and confidence in the online shopping experience.”

The eConfidence benchmark survey was fielded in March 2021. A total of 400 eCommerce professionals (merchants) were surveyed in four countries (US, UK, Germany, France) along with 4000 online shoppers (consumers) in the same countries

This was an interesting report. It reveals a dramatic difference between how retailers and consumers view the threat of eCommerce fraud and who they say is to blame. When it comes to online shopping fraud, retailers and merchants don’t see eye to eye. One of the interesting findings in the research was that in some places consumers are more accepting of retailers claims that they are working as hard as possible to tackle fraud. But this is only true when your confidence is earned. Misplaced confidence looks reckless. And in eCommerce world, where fraud is a constant threat, a merchant who looks reckless will soon face a reckoning. Merchants around the world think they’re handling fraud well. But Riskified research suggests that many merchants are unknowingly suffering financially from the fallout of overconfidence.