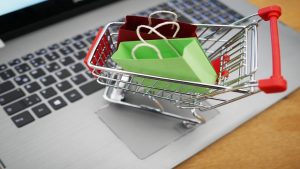 Adobe has published its Digital Economy Index report which revealed that UK eCommerce spending reached £10 billion in July. This is the highest monthly spend in 2021 so far, and the most spent in July ever. It brings year-to-date online spend to £64.9 billion – an increase of 18% y-o-y and up a massive 56% on 2019.

The analysis found that online inflation for July was up 2.8% year-on-year as surging demand put pressure on supply chains. At a category level the biggest increases were:

The easing of social restrictions in the weeks immediately before and after 19th July has given stores a welcome boost. UK consumers continue to favour the relative safety of online shopping. Adobe’s companion survey of 1,000 UK consumers found that 40% of shoppers planned to actively avoid in-store shopping. 56% planned to avoid busy areas like high-streets altogether. When it comes to mask wearing in-store, while no longer mandated by the government, 68% will continue to wear one.

The easing of work from home guidance and gradual return to workplaces was also reflected in July’s online data. 51% of survey respondents said that their workplaces have now re-opened. 39% said they had returned to the office full-time for the first time since March last year. One-third of UK consumers said they purchased new clothes upon returning to the office. The Digital Economy Index data revealed that formal work attire sales were up 200% over the six-week period up to the end of July. This compared with the six-week period pre-lockdown (January and February 2020).

The return to the office also stands to have a positive impact on the office economy. Survey respondents spend an average of £62 per week on breakfast and lunch. In addition to spending with businesses that operate near to their offices, such as convenience shops and dry cleaners.

Online is still channel of choice

The channel of choice for extreme weather purchases was online. Online spending in response to July’s heatwaves and flash flooding highlighted just how much UK consumers have rely on eCommerce. Even for the most urgent emergency purchases.

During high temperatures in June and July, online sales of fans and air conditioning units rose 120% compared to May. Online sales of umbrellas, raincoats and wellies rose 51% overnight in the last week of July. Heavy rainfall caused flash flooding in many parts of the country that week.

The Adobe Index offers useful insights into UK retail behaviour. It is based on analysis via Adobe analytics that covers billions of transactions to UK retail sites. The analysis is significantly more in-depth and precise compared to survey-based reports. This is because Adobe has access to real-time, transactional consumer data. Adobe published a report in April that found Brick-and-mortar retailers focus on adapting or transforming traditional stores to support eCommerce. 47% of multichannel retailers report that their main physical location strategy for this year will be opening hybrid stores. These stores will serve the needs of both in-store and online shoppers. The Adobe Index now provides the high online spending areas of the economy.