Enterprise Times
Home Blogs Receivables finance is being disrupted – and yet again those with the...
Facebook
Twitter
WhatsApp
Linkedin
Email

During the various lockdowns over the last year, many of us found ourselves confined to our homes and glued to our televisions. This led to soaring subscriber growth for the global streaming platforms such as Netflix, Amazon, and Disney+. To fuel and serve their growing customer base, these companies, alongside other major investment-grade media and tech businesses, have been producing, acquiring, and licensing billions of dollars of content. They spent more than $220bn in 2020. However, while subscriber growth and investment in content often hit the headlines, what doesn’t receive as much attention is that, despite this explosion in content spending, it takes years for license fee payments to flow back to the programme-makers and distributors. This is creating a revolution in entertainment receivables finance.

When streaming platforms license a new film or TV series from a production company, distributor or rightsholder, they typically pay for this content via quarterly instalments over the length of the licence period – not on delivery. In other words, it often takes two-five years to be paid in full. As these payments are not predicated on any performance, views, or clicks of the title, waiting years for contracted fee instalments is particularly inefficient.

As all businesses know, cashflow is vital – not least in these very challenging times. So, increasingly producers, distributors and rights owners are seeking ways to accelerate these long-dated payments and crystalise investment grade contracts as early as possible.

Apart from the obvious immediate cash injection, this is advantageous to rights owners in two ways.

First, they do not have to waste back-office resources that they might not have, continually checking and chasing the accounts departments of major global businesses – something which can be incredibly time-consuming and fiendishly difficult to navigate.

Second, and just as important – if not more so – such finance promotes and supports the creative process, and generation of new content – with producers and/or distributors able to get back into doing the important things such as developing, producing, or acquiring new content.

As a film producer, financier, and entrepreneur myself – with involvement in over 125 independent feature films, I know how challenging finding production finance can be, especially for independents. So, I was hugely motivated to help my colleagues find a solution to use receivables finance and ensure the creative industries are properly benefitting from the vast sums now being spent by the streaming giants.

The forgotten corner of film and television technology- finance

Alongside money, the other driver of innovation and success in film and television is technology. It was tech that created innovative methods of filming, computer-generated imagery, and algorithmic recommendation engines, which in turn helped speed up production time and reduce costs. However, entertainment financing is the one point along the filmmaking production and distribution chain that has been the most resistant to technological advances. It is still largely reliant on a patchwork of boutique banks, lending companies, brokers, and middlemen – each extracting their small percentage with every deal. It is also largely an ‘analogue’ business. The margins are not wonderful anyway for independent filmmakers unless they stumble on a major hit – so this leakage of money, and the time-suck involved in all that paperwork, is critical to their livelihoods.

There is no one-size-fits-all when it comes to film and TV finance. Hence why our tech is supported by all the necessary, rigorous legal activity and standard legal closing processes, and why each arrangement is structured around the nature of the deal, the streaming platform, and their credit rating. We are backed by institutional investors and have the support of expert advisors from the worlds of finance, and law and by people who have worked in the entertainment industry as producers and are highly familiar with this world.

Technology is once again acting as a game-changer to not only film and TV but also to finance. And I passionately believe that this is the shape of things to come across other entertainment verticals.

We’ve all heard the stories across the business world. A major player starts to invest heavily in a particular industry, but often the ways that deals are structured mean that there isn’t quite the promised “trickle down” to the wider ecosystem of suppliers who are vital to the proper functioning of the sector. As we have seen in film and television, this can happen even when total spending is booming. Indeed, Purely Capital’s data-gathering and information arm that keeps tabs on the global streaming business, Streamonomics, has, in its new report…available here, calculated that the gross cash amount spent producing and licensing new entertainment content (excluding sports) soared by 16.4% in 2020. Next year it is expected to increase further to over $250 billion.

So, as is often the case, there is plenty of money being spent it’s just not reaching creatives efficiently.

Take the analogy of a waterfall – which coincidentally is the word used to describe how revenues on a film are distributed to its various profit participants as part of the “recoupment schedule”. That word “waterfall” is very misleading, implying a gush of money. In reality, the industry is all about trickle-down economics. There is a beautiful series of waterfalls at one of the tributaries that feeds the Colorado River in the US – but that river no longer reaches the Gulf of California, and instead peters out in the desert a few miles short of the sea. Two factors have contributed to this: climate change and the overuse by various states that rely on its waters. To me that is the film industry in a nutshell: by the time the money is supposed to get to the creative end of the industry, a plethora of disconnected service businesses and middlemen have already grabbed their piece. They have looked after their own short-term interests, but in doing so they are in danger of shutting off their future supply lines.

This is exactly the problem Purely Capital has looked to solve via our technology-driven receivables finance solution.

With a core focus on the entertainment industry, and using our specialist knowledge in this sector, Purely purchases long-dated contracted entertainment receivables, delivering the full license fee to the producer or distributor on execution of the licence agreement and then we wait and collect the money back over the quarterly instalments from the streaming platform.

Purely helps to make sure the money flows to where it’s needed, in a timely and efficient manner, without all the cost.

Technology remains at the heart of being able to make that happen. 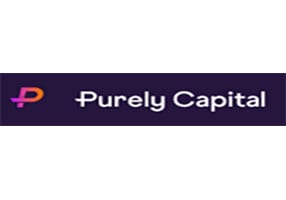 Purely is a London-based fin-tech platform that enables film and TV rights owners to accelerate payments for their content from streaming platforms. They get paid in days instead of the customary years. Powered by a new data-gathering, information and analytic arm, Purely has recently launched weekly insights into the global streaming industry via a weekly newsletter Streamanomics.