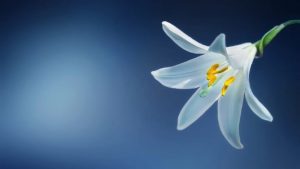 Accounting Seed, the business accounting software built on the Salesforce platform, has revealed its latest release, Summer 21, codenamed Lily. This latest version sees a new version of the Financial Reporter, one completely using the Salesforce Lightning user interface. There are also several small enhancements with the release and some bug fixes.

For those interested in an in-depth reveal of the new features and a demonstration of the Financial Reporter, Accounting Seed is hosting a webinar. The Lily overview webinar is on Thursday, August 5, at 2 p.m. (ET) (registration required).

Lily sees a newly redesigned version of the Financial Reporter. The new version not only looks better but also has several new features. Financial Reporter is now a comprehensive modern report generator for the finance function.

The module still includes the standard report that accountants expect, including:

It is now possible to customise standard reports by including the company name, logo and a report subtitle on each report page. Other settings enhancements include the option to suppress rows with zero amounts. Reports can now round figures to whole numbers, to the nearest 1,000 or have no rounding.

Users can also create and reuse custom reports. These can be accessed by a custom reports tab in the Financial Reporter. The tab enables the user to search for reports created during the Financial Statement Definitions process. For users who have previously created reports, Accounting Seed recommends that the reports be run and the indent value is checked to ensure the layout is as expected.

While the updated Financial Reporter is the only “new” feature within Lily, it has added several other enhancements.

The Bank Direct Connect now enables the administrator to map a Financial Institution Account (FIA) to a ledger with a different currency. The reason? It enables foreign bank transactions to be downloaded from Yodlee. The GL transactions created from the source records will be converted into the currency of the Ledger.

Enhancements to the Cash in and Cash out features. The update includes:

If inventory movements, both inbound and outbound, are unposted, administrators can now enable users to edit certain fields, including

It is now possible to clone a Tax Group, along with its associated rates. This speeds up the process when creating new tax groups as they do not need to be done from scratch. When closing an accounting period, the email sent includes a transaction count for each closed period as an additional check. Expenses reports now include a hyperlink that allows viewers to drill down into the details. There are also several enhancements to GL Accounting variables.

There are some neat features with this release. The new Financial Reporter is the star of the show, the Lightning UI will make it easier to use, and the personalised layouts with give the Finance function a more professional look.

It was one of the minor enhancements that most caught the eye though. The ability to drill down into expense reports could save considerable time for both audits and managers as they look into the detail of their expenses.

Financial Reporter is an updated feature, though, rather than something new. What else is Accounting Seed working on? Lily is currently in the Sandbox environment and customers can request it for production later in August.