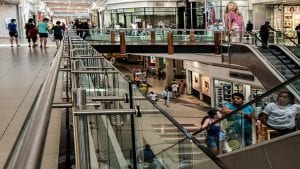 BrandTotal has released the results of a survey of 1,000 US consumers on how they interact with social media ads. The research explored key purchasing signals behaviours and how it affects consumers likelihood to buy a product from a brand.

Engagement can also be a result of the established social network. Nearly 60% of survey respondents shared they become aware of a product or service advertisement or sponsored post because a friend tagged them within the comments section.

Social media ads are effective in converting immediate purchase for an item the consumer “had been meaning” to purchase.

When asked about influencers, just over half of survey respondents (54%) said they are more likely to make a purchase because of an influencer featured in an ad or sponsored post.

What a brand stands for and how they share this with their followers matters. 23% of respondents said there was no impact on their purchasing decision if a brand spoke about areas of interest. This included politics, cultural trends or social causes. 42% of the same group said it makes them more likely to purchase when they see brands speak up.

“These survey results showcase that brands can affect every point in the funnel for potential customers. Brands shouldn’t measure just clicks as an indicator of social advertising effectiveness,” said Alon Leibovich, co-founder and CEO of BrandTotal. “We must measure the top and the middle of the funnel just like we measure the bottom of the funnel. In addition to paying attention to consumer engagement, sentiment and interaction with brand ads and a brand’s competitors ads.”

Leibovich continued, “With a staggering 90% of respondents indicating they engage, comment or share an ad as the first step before making a purchase, brands must take their blinders off and measure not only consumer response and interaction with their social media ads, but with their rival brands social ads and pay attention to and respond to the most important early signs of purchase intent at the consumer engagement and interaction stage, before it’s too late and they convert to a purchase.”

BrandTotal’s survey confirms what many analysts and smart brands have known from time. US consumers increase purchases from social media advertisements and engagement with ads precedes purchase. However, the most interesting statistic from the research was how respondents interacted with social media ad. When visitors ‘like’ products it pushes  customers further down the purchasing funnel, before ultimately buying. It’s a real proof-point for paying attention to and measuring consumer engagement and sentiment on your brand’s ads. Furthermore, pay attention to competitor’s brands ads. With the rise of social commerce and challenging direct-to-consumer brand competition, there is a clear need to measure and predict social advertising effectiveness. The survey was undertaken among US consumers. However, the results are equally applicable to the UK, Europe or Asia Pacific. So, retailers and online merchants, don’t think of social media as a cute additional fashionable activity for brands. Social media commerce is a serious channel, not to be underestimated.