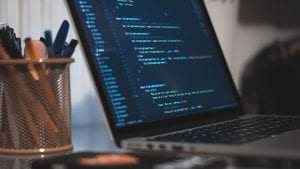 The fact that pure open-source software is free to use may actually have a counter-intuitive impact on some enterprise decision making. Businesses are used to getting what they pay for. The free price tag (or lack thereof) makes it simple for enterprises to prototype and explore open-source projects. Once initial trial experiences alleviate their suspicions, full adoption often moves into the no-brainer category.

But it’s here that open core vendors have invented an entire profitable industry. They prey on those false suspicions that free and pure open-source technology versions are inadequate.

Open core vendors have an admittedly clever business model based on the age-old strategy of…lies and entrapment. These companies claim to offer open-source solutions while providing what is, in truth, proprietary software. It proves that a crafty enough salesperson could sell customers the very air they breathe. They disguise the true nature of their offerings by taking technology available for free.

They package the open-source software with their own closed-source features and support (along with a costly licensing fee). These vendors lead enterprises to believe that their offerings retain the full range of options and liberties that pure open-source is known for. Only later do enterprises learn this posturing is deceptive.

As soon as an enterprise tries to exercise any of the freedoms associated with actual open-source technologies, the walls of vendor and technical lock-in come into view and close in. The reality of the predicament soon becomes clear: open core code isn’t portable. Often, enterprises don’t even own their code, no matter how “open-source-based” it is.

At this point, an enterprise’s relationship with its open core vendor changes. The vendor sidles up, grinning now that the façade has fallen, and the implied threat is clear: “Nice business you have here, shame if something happened to it… Like if you stopped paying us and had to rewrite the code your solutions depend upon from scratch.”

This is a business decision

Open core vendors know exactly what they’re doing. Open core offerings are designed and refined to hide the nature of the trap. They apply the tightest possible grip once customers seek to escape. Enterprises that partner with open core vendors and build their products on proprietary open core code are in for a ride. It doesn’t end until they find the wherewithal to leap to safety.

The intentions of these vendors are made clear by the fact that they offer no migration assistance to help customers transition away from their code, as you would if running a respectable business. Instead, they dare enterprises to jump and suffer whatever harm results.

While it’s certainly no excuse, open core vendors behave this way because they’ve trapped themselves as well, in a dying model increasingly cornered by pure open-source innovations. Open core justifies its existence with the unique features it adds on top of true open-source solutions’ existing capabilities.

Open-source projects, however, constantly explore new features their communities see potential value in. Through this process, any open core feature worth the attention of enterprise customers will soon be available as part of the pure open-source version of that technology for free. It leaves open core vendors defending an ever-shrinking proprietary territory and resorting to ever more nefarious methods and desperate deceptions as a result.

Thankfully, enterprises are gaining greater awareness of open core dangers. By supporting pure open-source projects and carefully examining software licenses to avoid deceptive offerings, the industry can and will finally close the door on these antiquated closed-source practices.

Instaclustr delivers an integrated and managed platform of open source data-layer technologies including Apache Cassandra, Apache Kafka, Redis, and Elasticsearch. The company also recently acquired credativ, which expands Instaclustr’s expertise and support into PostgreSQL and other technologies. Instaclustr reports it now has more than 100 million node hours and 7 PB of data under management across its open source technology suite.