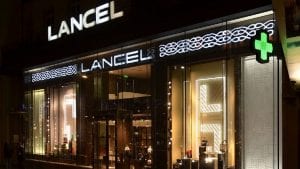 Large organisations rarely change ERP vendors. However, there are examples where this happens more often. The opportunity for Lancel, the French luxury leather goods manufacturer, came when it was acquired by Italian group Piquadro from Swiss group Richemont.

Richemont bought Lancel in 1997 and rolled out SAP across the organisation. When Piquadro bought Lancel in 2018, the negotiations enabled Lancel to continue using the Richemont SAP infrastructure until December 2021. This put pressure on Lancel to replace its entire IT infrastructure, including a mix of ERP solutions, within a limited time. This included the Richemont group solution which used SAP.

Michael Joncour, CIO at Lancel, explained: “I joined Lancel at the end of 2019 with the mission, in 24 months, to migrate the legacy systems — three ERPs: Infor M3, Cegid Y2 and SAP — out of the Richemont Group’s infrastructure and networks. This was an organic, precise and perilous mission, especially in the middle of the COVID-19 period, which had a strong impact on the project.”

One ERP to rule them all

Joncour quickly realised that the best choice would see the deployment of a single solution at Lancel. This would ideally use one of the existing solutions already in place. While Infor M3 was installed in 2011, it became clear that the fashion industry specialisation available within the latest platform was the best solution.

Lancel also considered solutions from SAP, Microsoft and Infor. In the end, “Lancel chose Infor thanks to the ability to deploy Infor CloudSuite Fashion in less than ten months based on Infor fashion and KPIs via Birst” an Infor spokesperson told Enterprise Times. Infor also demonstrated its skill around the Fashion industry. The vertical industry functionality available within Infor M3 also impressed.

That, coupled with the multi-tenant cloud-based solution on AWS, meant that Lancel would not need to invest in infrastructure. Concour decided to update to the latest version of Infor CloudSuite Fashion as quickly as possible.

Joncour added, “The functional fit of the solution and its numerous standards dedicated to our industry; the prestigious customer references — in particular, Zadig&Voltaire; the lack of time and the team available and the support provided by Infor’s partner, CGI, which mastered the solution and the Lancel environment, all weighed heavily in the balance when choosing Infor.

“We decided to streamline the environment using the latest version of Infor CloudSuite Fashion that runs in the AWS cloud. We also added the Infor Birst BI tool for analytics and kept our Cegid Y2 tool interfaced with the Infor solution.”

The icing on the cake for Lancel was the applications it could leverage once it replaced its core ERP. Key to this is Fashion PLM, an add-on application that Lancel already intend to implement in a later phase.

The project is on track to complete before the end of the year. Olivier Scheidegger, director of consulting services at CGI, the Infor partner involved in the project, commented: “The project started in March 2021 and the objective is to have migrated all of Lancel’s infrastructure and data by December 31, 2021. The choice of the cloud in this context is particularly astute in that it offers agility and a speed of deployment that is unmatched by traditional installations.”

The combination of industry vertical functionality, supported by a partner with industry knowledge and backed by the global cloud giant AWS, is a winning combination. It validates the Infor strategy as Philippe Maillet, Infor SMB & channel sales director in France, explains: “The popularity of our Infor CloudSuite Fashion solution with prestigious fashion brands in France and internationally is now more than ever a reality. With this project, carried out jointly with Lancel and our partner CGI, we are once again demonstrating our ability to rapidly transform a heterogeneous legacy environment into a homogeneous infrastructure for digital that centralizes both application solutions and data.

“In less than one year, despite the pandemic, Lancel will be able to benefit from a dedicated, centralized and secure business solution. In addition, it will be able to continually benefit from the regular updates to its CloudSuite Fashion solution thanks to its open architecture and interface it with other applications, in particular with a PLM solution, as it plans to do.”

This is just the latest win for Infor for its Fashion ERP. That the industry functionality has seen it win against both SAP and Microsoft in an almost a greenfield site is good news. The big question is whether it can persuade SAP customers to move to the Infor solutions. SAP also has a focus on fashion both for itself and within its ecosystem. Fashion Edges recently integrated its SAP Business One to support Supply Chain Management.

Infor has various applications to support its ERP, including Infor Nexus, Fashion PLM and Birst. It does not have an extensive ecosystem and marketplace in the same way that SAP does. It seems to be winning business without it, but can that last?