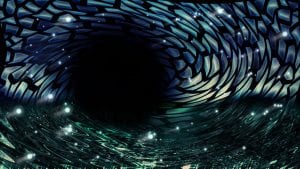 At Trust ’21, Josh Rogers, CEO, Precisely, gave the audience an update on the last year for Precisely. It’s been a busy year for the data governance company with new products and acquisitions. Additionally, it has also seen the company itself acquired by Clearlake and TA Associates. What will interest customers is that it has used its own software to makes sure that all of that M&A integration activity ran smoothly. In effect, the company has become its own best advert.

Rogers said: “2020 was a transformative year for the business. We spent the bulk of the year integrating the software and data acquisition from Pitney Bowes. We closed that deal in late 2019, and it was significant integration that took most of the year. As a part of that integration, we actually rebranded the business, changed our name to Precisely and positioned the company as a leader in data integrity.

“In October, we announced the Data Integrity Suite. So truly, we accomplished a lot in 2020. But we have not been standing still. In March of this year, we announced the investments from TA and Clearlake, two of the world’s leading private equity firms in infrastructure software. Their investments are going to help us accelerate the growth of the business, fuel additional product innovation, and also bolster M&A.

“In May of this year, we announced the acquisition of Infogix. I’m pleased to announce that we have closed that acquisition and are now bringing their capabilities to you as a part of the Precisely portfolio.”

Rogers continued: “Not even hosting Trust ’21 could stop us from building on our leadership with the announcement of an agreement for Precisely to acquire Winshuttle. We really liked the Winshuttle team’s customer-centric approach and deep domain expertise in SAP environments.”

Organic growth not just through acquisitions

Growth is the key to survival for any company, but it can sometimes be elusive. What was clear from listening to Rogers is that Precisely is growing quickly. It now has more than 12,000 customers across 100 countries. It is also able to boast that 90 of the Fortune 100 use its products. Its acquisitions are also helping boost those numbers through added functionality, not just customer list acquisition.

Infogix, for example, adds to the data quality and data prep solutions that Precisely already has. It also brings a deeper focus on data governance. All this plays to the data integrity platform message that Rogers talked about in his keynote.

What will be interesting over the next year is where the company goes next. Rogers didn’t focus on employee and customer growth targets. Both will be critical if the company is to continue its upward trajectory. Just as important will be its acquisition strategy. Rogers spoke about the Infogix acquisition but didn’t elaborate at Precisely to acquire Winshuttle because of regulatory issues. It will be interesting to see just how quickly it can grow its SAP-related business through Winshuttle.

Who will Precisely acquire next? It is clear that both Clearlake and TA Associates are willing to back acquisitions. But how much money will they make available to Rogers to continue growing the business? Last year, US$1.3 trillion was spent on digital transformation by businesses. Precisely will be looking to increase its share of that money, which means further acquisitions are likely.

Precisely showcases its products with its acquisitions

Any successful acquisition means assimilating the data from the new business into the existing data pool. It is a complex task, especially as the acquiring company only gets access to the data after the acquisition has completed. To showcase its products, Precisely used its tools to integrate data from the Pitney Bowes acquisition and Infogix.

Amy O’Connor, Chief Data Officer, Precisely, said: “My data integrity goals include continuously developing a stronger relationship with our customers, developing a clear view of operational data to more efficiently and effectively run our business and ensuring we are properly handling all the data for which we have fiduciary and privacy responsibilities. To that end, we’re consolidating systems of record for efficient operations, and we’re building a focused data culture so that every single one of us inside precisely can trust our data for faster, smarter decision making.”

But what does that mean? Earlier this year, O’Connor told Enterprise Times about the challenges of data acquisition. “When I think about acquisitions, I think about data. The first thing we need to do is understand the acquired company’s data, what business model is represented and how strictly they adhere to that business model. What kind of quality is manifested? What do we need to do to transform it, to put it into our data models to support our business?”

Data, like code, gets old, stale and becomes technical debt

One of the interesting comments from O’Connor was to liken data management to code management. Over time, developers build up technical debt as they fail to fix issues. It means they have to stop and deal with it. O’Connor sees the same with data.

When discussing acquisitions, O’Connor said: “With each acquisition, some more technical debt was created, and certainly there were a lot of data integrity issues.”

O’Connor continued: “So what do you get when you acquire other companies? You get great products and employees, and you often get bad data. Oftentimes, it’s not that the data is bad. It’s just that the company we acquired had different processes and systems and a different emphasis on the types of the data that was needed to run their business.”

From O’Connor’s perspective, this is where companies need to think more about data. What is it? How do we use it? Why are we collecting it?

When it comes to M&A, the challenge is how do you map that data to your existing data? This is, again, where Precisely decided to use its own tools with the Pitney Bowes data to demonstrate its capability to customers.

Data doesn’t have to be bloated, but it does need organising

A major challenge for all organisations is the amount of data they hold and the complexity of bringing new data into the business. O’Connor commented: “In the case of our last large acquisition, we faced 228 data migration requests across eight business functions. In just one example, the CRM system had almost 3000 distinct fields that needed to be migrated and then replicated back to our data warehouse. And each field had its own definition of acceptable values.”

O’Connor went on to talk about the wide range of source files that the data was held in. It ranged from structured databases to Excel files. The challenge for many organisations is that they often don’t know where these files are or what they contain. It means that organisations must organise and structure their data better.

O’Connor continued: “Most of the data from the acquired business was incompatible with our target systems. And we were dealing with data at scale, nothing that could be rectified manually. For example, the master data contained 600,000 accounts with 1.2 million In contacts, and each element of that had standardisation challenges. So our team here at Precisely took a structured approach to addressing these data integrity issues.”

The issue over data bloat also came out in O’Connor’s keynote: “In just one example, we reduce the number of account records for one National Bank from over 10,000 down to 260. And we’re just getting started.”

It was a powerful message and one that many organisations will no doubt have taken away. The technology industry is still telling companies that more data is better. It is not telling them how to make sense out of that data except when it comes to selling analytics tools. But those tools are ineffective if the users don’t understand the data and the tools cannot consume it.

Precisely is looking to position itself in that data integrity role. It wants to be the solution to multiple problems of data trust throughout organisations. Those listening to this keynote cannot have failed to be convinced that the company can deliver what it promises.