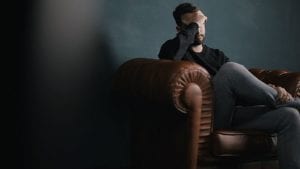 On the 5th June, Qualys announced the death of its CEO Philippe Courtot a veteran of the technology industry. He was also a visionary and someone for whom the phrase “larger than life” is apt. Courtot always had time to talk with people and share his stories of the industry as well as what he believed was going to happen next. He will be sorely missed by a lot of people in the industry.

Courtot started his career in technology as a minicomputer salesman. That didn’t mean he was stuck in that big iron world. He was quick to see change and adapt. In 1988 he founded one of the first mass-market email programs, cc:Mail which was later bought by Lotus.

Courtot was one of the first people to see the potential of the cloud for businesses. At the same time, he recognised the risk cloud could present to those same businesses. He subsequently invested in Qualys in 1999 to create security tools for the cloud and then took on the role of CEO in 2000.

At the end of 2020, Enterprise Times spoke with Courtot about the role of the CISO in 2021. It was our last conversation with him and when he was taken ill, the podcast was put on hold.

To hear what Courtot said, listen to the podcast