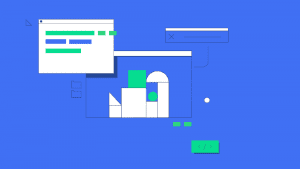 Max Kordek, CEO and Co-founder of Lisk, said: “In conceptualising our roadmap to complete ecosystem interoperability, we were struck by the image of the diamond, the multifaceted emblem of invincibility, purity and perfection that represents everything we hope to achieve.

“To reach this point, Lisk will traverse through the gemstones, most immediately through Emerald to Sapphire, building the pathway to the future reveal of the Lisk blockchain application platform’s final form: Diamond. The coming months are going to be enormously exciting and we encourage developers to get involved right now by engaging with our accessible code and loyal community.”

Lisk is a platform for building blockchain applications using JavaScript. It has unveiled its roadmap to full ecosystem interoperability, with each phase represented by a different gemstone. The new roadmap outlines the network’s transformation. It describes the increase in capabilities as the technology advances through six phases:

Announced at its recent Lisk.js, the implementation of the Sapphire phase for Lisk has begun. Its focus is on interoperability solution. The objective is to connect the entire Lisk ecosystem for the first time.

At Lisk.js, the company revealed its approach to interoperability along with the publication of a series of research papers known as LIPs (Lisk Improvement Proposals). Each of the 17 LIPs focuses on interoperability and details a specific piece of research in Lisk’s pursuit of interoperability. Lisk says it publishes each LIP in advance of implementation, to allow for:

Diamond, the final phase of Lisk’s roadmap (see above), envisages full interoperability with other blockchain protocols. Possible candidates include Ethereum and Polkadot. The intention is to enhance scalability. While blockchain networks differ in security, privacy and throughput, interoperability will permit cross communications between networks. This will diminish the existing hindrances encountered when businesses have or wish to use different blockchain networks.

Emerald, as phase four in the Lisk roadmap, sees the Lisk network transitioning into interoperability via the Sapphire phase. Continued expansion and innovation in the space of blockchain interoperability should then lead, at least according to Lisk, to greater accessibility which, in turn, opens up wide-scale use and adoption.

Yet, although interoperability is vital (as Enterprise Times has commented on before, for example here, here and here), what is possibly more striking is the Lisk approach of using JavaScript to build blockchain applications in the Lisk SDK. This broadens the potential developer base. Too often blockchain is too specialist. Just as with blockchain network interoperability, anything which makes blockchain more ‘developable’ must be positive.