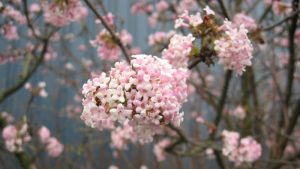 Sean Hoban, CEO Kimble, led off Kimble Connect and delivered a keynote about bouncebackability in professionals services organisations post-pandemic. Meanwhile, Forecast raised $19 million in a Series A funding round and will expand in North America. Syncari raised $17,3 in another Series A round. A third funding round saw Lance closed $2.8 million in seed funding.  Agiloft added a Sourcing & supplier module to its CLM platform.

EasyProject announced version 11 of its Project management solutions. The new release has eight areas of improvement, according to EasyProject.

For more information on Jun 3, 2021, at 03:00 PM (CEST), Jan Pavera, the Head of PM at Easy Project, will host a webinar explaining in more detail the new release.

Astorg and Bridgepoint have acquired Fenergo in conjunction with its management team from Insight Partners.

SD Worx has increased its investment in Teal Partners and acquired 74% of the company.

Delphix appointed David McJannet, CEO of HashiCorp and former Executive in Residence at Greylock Partners, to its Board of Directors.

Alteryx has formed Alteryx Ventures, a $50 million fund that will invest in companies with innovative technology and services that complement and expand Alteryx’s analytics and data science products and further its analytics process automation (APA) platform.

Asite has opened an office in Amsterdam, the Netherlands. Its first office in continental Europe and will help it expand in the EU.

Starlink is now Blue Prism’s distributor in the Middle East and has launched a Blue Prism intelligent automation practice.

ConnectWise has launched a new partner program for TSPs and MSPs with an initial offering to support the development of cybersecurity practices.

Domo released a Forrester Total Economic Impact report that found customers achieved an ROI of 345% over three years and recouped their investment in less than six months.

Esker has strategically partnered with KPMG France to guide companies to e-invoicing.

First Derivatives increased revenue from £237.8 million to £237.9 million in its annual results ending 28 Feb 2021. It is targetting growth in the next year across its three brands: real-time streaming, KX (25%), managed services and consulting business First Derivative (10%)and ABM solution, MRP (20%).

Planful launched Planful Champions Club, a program to promote the achievements and skills of Planful experts and advocates across the company’s ecosystem.

Salesforce re-opened the Salesforce tower in San Francisco, intending to provide a safe place to work. It also gave a quarterly update on its progress on its racial equality and justice initiative, revealing improvement to hiring, philanthropy and procurement, and policy.

UKG announced Q2 Fiscal 2021 results. Revenue grew to $798 million, and bookings increased by 32% in the quarter.

ELMO has added yet another sports club to its roster. The Parramatta Eels Rugby League football will use ELMO HR and Payroll software, and ELMO will become a sponsor of the club.

Footwear maker Deichmann SE and chemical company Wacker Chemie AG are among leading European organizations that have selected SAP Customer Experience products to gain a 360-degree view of their customers.

Arapahoe County, part of the Denver metropolitan area, has completed its migration to SAP S/4HANA on time and under budget.

Allianz will deploy the Totalmobile Mobilise and Optimise solutions to support Allianz’s motor engineers when they are out in the field.

During Billtrust Summit 2021, Billtrust unveiled the next major version of its Business Payments Network 4.0 (BPN). BPN 4.0 now supports the bi-directional exchange of transactional data and documents, enabling invoice presentment to accounts payable portals in addition to its existing payment and remittance acceptance capabilities.

The next major release of the Mulesoft Anypoint Platform™ is now available. Developers can now instantly discover, access, and serve data from multiple existing APIs with a single query without writing any additional code. The new Anypoint DataGraph allows customers across industries to create composable business capabilities and deliver seamless digital experiences faster.

Sage has added a customise option for invoices and credit notes in Sage Accounting. Customers can change the logo and template with support for customised emails and headings.

SAP has added in context Built-In Support for S/4HANA Cloud available. It includes intelligent search and chat functionality with experts.

SAS has added cloud-native support for Amazon Web Services and Google Cloud, with Red Hat OpenShift coming later this year SAS Viya. This follows on from its availability on Microsoft Azure in November 2020.

SugarCRM launched SugarPredict, a powerful AI engine that breaks down sales and marketing barriers, holding back the full potential of CRM and marketing automation solutions. It also updated its branding and messaging.

ThoughtSpot has launched support for Databricks as part of a new partnership. The integration will allow users to run search and AI-driven analytics directly on the Databricks Lakehouse Platform, powered by Delta Lake

Boomi announced the findings from a new global survey revealing that 94% of organisations worldwide are embracing a Composable Enterprise Resource Planning (ERP) strategy to overcome the limitations of legacy applications and modernize their businesses to gain a competitive market advantage.

Based on a survey of 1022 UK workers, HR software provider CIPHR revealed that only 15% of UK workers, who have been working remotely during the Covid-19 pandemic, want to return to the workplace full-time. The survey also looked at attitudes to pay, health and safety, and vacation.

Oracle published x pieces of research this week. An Oracle Food and Beverage survey shows that 71% of US diners are ready to eat out again, and 42% feel comfortable being seated indoors. A study of over 3,200 consumers in the UK, US, and Australia found how attitudes to life post-pandemic differ considerably between geographies, genders and ages – often in surprising ways. 78% of Brits say hugging is most missed during the pandemic

A Pega sponsored study by Savanta revealed that poor service can bring customers to the brink of tears and cost companies significant revenue. Key findings included,

Sage launched the ‘Global distributors transform to adapt, survive and thrive’ report created by IDG. Key findings how distributors are meeting the challenging environment by:

The report also found that 75% of distributors have adopted a circular economy strategy, but 74% find sustainability and profitability do not go hand in hand.

Xero released “The Tipping Point: Making the Jump to Self-Made”, a report based on responses from 1,200 small business owners in the US. 58% of owners give themselves five years to make their business successful. The report looks at why entrepreneurs start their business.

The report also looked at how entrepreneurs determined success. The respondents also revealed cautious optimism about business levels in Summer 2021. It also looked at differences between generations and gender with some intriguing findings. Xero also published a similar report from 1,200 Canadian entrepreneurs