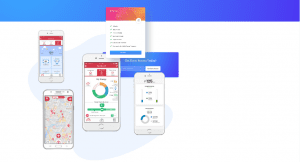 Candela Coin is a cryptocurrency which enables holders to take part in a ‘decentralised blockchain based peer-to-peer transactive solar energy system’. Participants, wherever they are, will be able to transfer solar energy to others in their communities. Candela Coin is, in effect, the medium of exchange.

Candela CEO Avi Verdugo said, “Candela’s open-source ecosystem allows users to participate in every way possible. Everybody is a contributor. By doing this we believe that we can truly democratize and decentralize energy. Ditch the grid with Candela coin!”

The Candela Coin blockchain is a peer-to-peer transfer platform. Users can buy, sell or store solar power. The desired effect is to make energy more accessible and sustainable. Though a bad pun “this puts the power back in the hands of the people”.

The concept – of using blockchain technology to decentralise energy – is not novel. Arguably, what makes Candela Coin different is Candela’s goal of establishing a seamless single point of transaction for the straightforward purchase, sale and storage of electrical energy. Past attempts have failed to bridge the gap – often through lack of liquidity, multi-token systems or large corporate entities ‘invading’ the technology.

Candela is able to manage the flow of electricity and the exchange of energy within electric power systems to reflect the true cost of local service through:

Candela Coin can be traded on the Vindax exchange. The ticker symbol is CLA and the market pairs are ETH, USDT, and BTC.

The Candela infrastructure and IoT

To make this work, Candela has developed a mobile app as well as a web interface. These make possible a solar energy marketplace – by aggregating bid and ask prices set by the users.

Candela has also created an IoT device/smart meter. This IoT device functions as a distributed computing node and an asset control switch. This permits the designation of certain kWh units of locally produced energy to be marked and offered for consumption by adjacent local participants using the same component. The transaction is ‘cleared between the meters through:

The IoT device/meter exploits a blockchain. This provides capabilities not available in many energy markets, it:

Such a community marketplace means producers can sell their solar energy. Equally, consumers can easily make an offer (and even create their own budget). This establishes the basics of a marketplace with the system unlocking value in new ways and priced appropriately.

Transactive energy, if properly implemented, could represent a mechanism that fairly allocates risk and reward. In so doing it could open up new business models for the provision of services to participants. By rewarding efficiency and flexibility, there is the alleged potential to manage and invest in different forms of electricity grid.

If it works as described (and does not fall to the same factors as others, as mentioned above) Candela Coin could alter the existing electricity infrastructure – which often ties consumers (whether businesses or individuals) to the existing norms. A key determinant, as far as Enterprise Times can tell, will be whether the IoT hardware delivers. It must if Candela is to enable users to receive and store energy within a single point transaction for the exchange (buying and selling) of electrical energy.