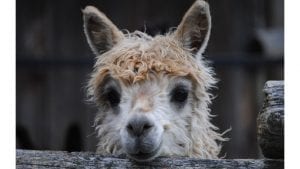 Greg Gilmore has stepped aside as CEO of Planview with immediate effect. Razat Gaurav fills the void, joining the board of directors and assuming the role of CEO. While the announcement was sudden, it was not unexpected, with Gilmore announcing an intention to retire at the end of last year. Gilmore will continue to serve on the Board of Director at Planview.

In a brief statement, Gilmore commented: “It has been an honor and a privilege to help lead Planview for the last 25 years, and to work alongside such extraordinary colleagues, customers, and partners. I’m proud of the accomplishments and results we have delivered as a company, and believe that Planview is well positioned for exceptional success in the years to come.”

Who is Razat Gaurav

Gaurav has worked with TPG before. The investment company now part-owns Planview with TA Associates after its acquisition from Thoma Bravo in December 2020. TPG brought in Gaurav as CEO of Llamasoft, the supply chain company, which he successfully grew during his tenure. He doubled revenue and that led to a $1.5 billion price tag when it was sold to Coupa Software in November 2020. Gaurav remained at the helm at Llamasoft after that sale. However, TPG clearly has him in mind during the acquisition to take over from Gilmore.

Nehal Raj, Partner at TPG Capital commented: “I have had the privilege of knowing Razat for several years and have seen firsthand his ability to build technology businesses that create differentiated value for their customers. His track record of driving growth through innovation and company culture makes him a perfect fit for Planview. On behalf of the Board, I want to thank Greg for his leadership and stewardship of Planview for more than 25 years. We wish him the best in his retirement and appreciate his continued service on the board.”

This is a change of industry to an extent for Gaurav. His background is more in supply chain than task, work, project and portfolio management. Early in his career, he was a management consultant at Ernst & Young. He worked on supply chain strategy across the retail, CPG, and telecommunications industries. He then joined i2 Technologies in 1999, a supply chain vendor, where he held several Sales leadership role before it was acquired by JDA (Now Blueyonder) in 2010. Gaurav also spent a further seven years at Blueyonder. He rose to become EVP & GM, Chief Revenue Officer leaving in 2017 to head up Advisory RG LLC before he was lured to become CEO at Llamasoft.

The appointment may not see a flurry of acquisitions from Planview. During his tenure at Llamasoft, Gaurav acquired Opex Analytics to strengthen its AI capability with 140 data scientists.

Ashu Agrawal, a Managing Director at TA Associates commented: “Looking ahead, we are confident that Razat brings the ideal combination of digital transformation expertise and experience successfully scaling enterprise software businesses to lead Planview through its next chapter. We’re pleased to welcome him aboard.”

What that next chapter will bring is as yet unclear. Planview has completed its double acquisition of Changepoint and Clarizen. However, little has been announced from either of those two organisations as the company goes through its integration stages.

Planview will almost certainly look back at Gilmore’s tenure as a success. He has built up the company significantly. He also negotiated the acquisition of two of the market leaders in the PPM space. It is now Gaurav’s job to take the challenge on to continue building the firm in a market that has several challengers. These range from the task management solutions such as Monday.com to the work management platform of Smartsheet. Also, the PSA vendors such as FinancialForce, Upland Software and Kimble Applications.

Gaurav is widely recognised as an outstanding leader. He was recognized by Goldman Sachs as one of the 100 Most Intriguing Entrepreneurs of 2020. David M. Solomon, Chief Executive Officer of Goldman Sachs commenting on the awards said: “True innovation is built from a diversity of perspectives and experiences. Our Builders + Innovators Summit brings together a collective of impressive future leaders who are striving to drive meaningful change. For over 150 years, Goldman Sachs has supported entrepreneurs as they launch and grow their businesses. That’s why we are pleased to recognise Razat as one of the most intriguing entrepreneurs of 2020.”

How will Gaurav steer Planview in future months? Will he change the leadership team? How will he begin to align the products that Planview brought? There are some interesting challenges ahead. TPG has got the CEO it wanted in the role. Will it want Gaurav to build towards an IPO or some other exit?