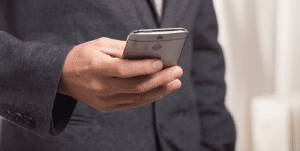 iQSTEL has announced it has completed the backend development for a Mobile Number Portability Application (MNPA) using a blockchain platform. The Company says it has fully tested the platform and it is ‘ready to go’.

The MNPA is a product of iQSTEL’s Blockchain platform development subsidiary, ItsBchain. ItsBchain is a 75% owned subsidiary (of iQSTEL). Its focus is on blockchain technology development and related solutions for the telco sector.

MNPA enables a mobile device end-user to change from one mobile network carrier to another. iQSTEL says this can happen with only ‘3 clicks’. It drastically cuts into the long periods of dealing with service providers reluctant to facilitate customers moving networks.

If iQSTEL’s vision for MNPA works as described, it may be a gamechanger. It would allow customers seamlessly to change from one carrier to another.

In iQSTEL’s estimation the initial market size for an MNPA Platform-as-a-Service (PaaS) is approximately US$260M annually. ItsBchain is targeting 10% of this over the next three years,. Its long-term goal is to implement the MNPA PaaS (aka Blockchain-as-a-Service, or BaaS) with a billion end users.

The blockchain solution aims to exploit blockchain ledger and smart contract technologies as its basis to enable more efficiency, quickness in execution and fraud-prevention in the telco industry. Specifically, the company is developing the MNPA as its solution. That will allow users and carriers to transfer mobile phone numbers from one mobile carrier to another in an instant.

This final product will be a mobile application based on a blockchain-based platform. It will allow cell users around the world to move their phone numbers from carrier to carrier with 3 clicks from an online mobile application. This will mean users can switch carriers online. It avoids the need to visit a retail distributor or wait for a new SIM card to arrive.

Additionally, the company says it is finalising a carrier-grade marketplace solution, Settlement & Payment Marketplace, to assist payments between carriers for cross-traffic of VoIP, SMS and data in real time. This is necessary when traffic crosses between carriers. If delivered, iQSTEL says this marketplace will allow for instant payment settlement as well as the prevention of fraud between carriers.

The iQSTEL concept for blockchain-based MNPA sounds delightfully attractive. Who could resist a 3 click change of carrier process compared to the horrors of traditional dealings with telcos?

But it can only work if telcos participate. iQSTEL says it proposes to leverage its existing relationships to accelerate market adoption though it admits that it is likely, only Tier-2 carriers – such as Lyca Mobile (an ongoing client) – will sign up. The acid test will be when, or if, Tier-1 adopt this blockchain approach.