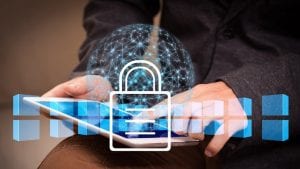 Cyberattacks are getting more sophisticated, better supported, and attackers are getting more business orientated. Those are just some of the conclusions from a VMware Carbon Black blog that has just been released. The blog looks at the ongoing battle between attackers and defenders, what happened in 2020 and what 2021 will bring.

The blog uses the SolarWinds attack to highlight how cybercriminals are using multiple techniques in a single attack. For example, the software supply chain attack against SolarWinds turned it into a distribution channel for malware. That malware was then used for island-hopping into other companies across multiple supply chains.

“This is not an isolated event,” notes Tom Kellermann, Head of Cybersecurity Strategy, VMware Security Business Unit. “With COVID-19 catalyzing digital transformation and a shift to cloud services, these sorts of attacks will only increase in frequency. Organizations have to realize that it’s no longer simply about whether breaches along their supply chains can be leveraged to attack them, but whether they themselves can be used to attack their customers.”

From isolated groups to malicious enterprises

There is no question that cybercrime has evolved. It is no longer small groups of people looking for targets of opportunity. Today’s cybercrime group has taken a leaf out of the Mafia’s playbook and turned itself into a professional industry. Some groups focus on developing and then selling zero-day attacks. Others write malware that they then rent out to anyone who wants access. Ransomware-as-a-Service (RaaS) is one example of this joint enterprise that has expanded rapidly in the last year.

What did VMware Carbon Black see in 2020?

In the blog, the company calls out four areas where it has seen attackers evolve;

What is the outlook for defenders?

It’s always easy to say that the attackers have the upper hand. After all, they are not constrained by corporate rules and regulators. But that shouldn’t inhibit a response to the situation. According to the blog:

Add secure by design, and you begin to see a zero-trust approach emerging. The challenge for IT security teams is both time and cost. Will the board provide the funds to address all these areas, and where will they get the staff?

2020 provided attackers with a multitude of targets. As companies struggled to adapt to remote working, they found their security stance wanting. Yet, as the blog writers note: “On the bright side, the pandemic has served as a wakeup call for security leaders as an opportunity to rethink their full security stack. In 2021, organizations will need the right mindset, investment and platforms to stay one step ahead of attackers.”

The question for security teams is, can they be as adaptable as their adversary? It’s a tough ask, especially as most of the work is unseen and, therefore, to the main board, hard to quantify. However, there are options. Finding and retaining skilled staff is tough when vendors, cloud operators and MSSPs can offer better salaries and packages. What companies need to do is decide what they can handle and what they are willing to outsource.

The attackers might have won 2020, but there is still plenty of time for a comeback in 2021, as this blog suggests.