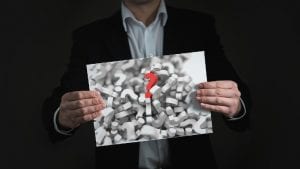 This is the second in a series of business tips from industry leaders that Enterprise Times has interviewed.

In a recent interview with Mark Woodhams, CRO BlackLine, Enterprise Times asked him to share a second tip about the KPIs he turns to his first role as a Chief Revenue Officer.

Woodhams revealed that the KPI’s are not new. They are the same he focused on in his previous role.

“Woodhams answered: “It’s about forecasts, it’s about pipeline and it’s about activity. It isn’t really any more complicated than that. We’ve done some things to build some bigger bricks, and to get some of our top customers to invest a bit more. That’s worked incredibly well and we’ll continue doing that. But really, from a metric quality, it is purely forecast, actuals and pipeline and activity, that’s four.”

It might have been interesting to dive into the detail of what he meant. Our take on this is as follows.

What are your top metrics?

How to create a customized fraction in Word

How to deliver a co-creative sponsorship engagement

How to save a PowerPoint slide as a jpeg