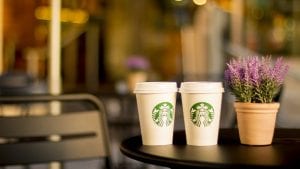 Expensify has published the Annual Spend Trends Report. It looks at how businesses expense patterns evolved during 2020. The pandemic massively impacted the report as one might expected. The report reflects the drop in airline travel early in the year and the shift to remote working from around March.

During the first quarter of 2020 Uber, Lyft and Amazon were in the top three spots as expected, but airlines dropped out the top ten after a significant decline in March. The number of receipts fell from 395,864 in February to 153,356 in March.

As Airline receipts fell, the main beneficiary was Zoom. It nearly doubled receipts in the first quarter across the rest of the year. In Q1 it has 30,998 receipts, and by Q4 it still had 54,911. What might have bee interesting was how that number changed from February to March. The uplift was possibly far more than indicated.

Businesspeople not only used Zoom. Verizon also won 42% of mobile traffic expensed. However, Expensify did not reveal how much this has changed over the previous year. Nor did it reveal the actual amount spent. This would have been interesting as many people are spending less time on mobile phones as they are not travelling. It is an omission from the report that hopefully, Expensify will reveal.

With people unable or unwilling to travel, eating habits changed with increasing receipts of 300% from food delivery services. The winners in that market appear to be Doordash and Uber Eats. Both showed increasing usage over the year. Doordash moved from 30,690 receipts in Q1 to 58,937 in Q4. Uber Eats has 37,393 receipts in Q1 and rose to 70,449 by Q4. Again it would have been useful to see the previous year for comparison.

The winner and losers

While airlines are showing a slow recovery, they are still well below where they were at the start of the year. Receipts in Q4 were still nearly 80% of the Q1 total, which itself was not the peak after a poor March.

Overall the shift to work from home demonstrated that people were shopping online rather than expensing business trips. The top ten in Q4 were (Q1 status in brackets):

The firms that dropped off the list were Hilton, Marriott and Target. In comparison, the 2019 trends had United Airlines, Delta Airlines, American Airlines and Southwest Airlines all in the top ten. How times have changed!

People are still drinking coffee from Starbucks, whether delivered or obtained in person. Interestingly, with Uber Eats delivering Starbucks, it is unclear whether some of the Starbucks receipts were lost within the Uber category.

While interesting, it is disappointing that there is not more detail within the report. A breakdown of the largest category of expenses from Amazon might have been interesting. Furthermore, it may have demonstrated where market opportunities are.

The lack of monthly breakdown, except for the airlines, also obfuscated the true change over the short period of March to April in expenses behaviours. It is, nonetheless, an interesting report. It will be interesting to see if Expensify publishes more data.