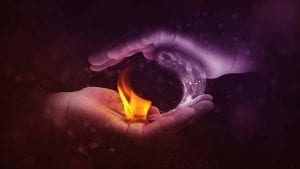 Oracle and SAP, two market giants, have been playing a game of ‘who has the most customers?’ Amidst everything else that’s happening in the world right now, it’s quite concerning to watch this face off. Rather than focusing on the development of new products and services, the main priority seems to be persuading investors that they have successful Cloud strategies.

In early 2020, Oracle declared plans to steal some of SAP’s larger customers, only for SAP to confirm that it didn’t happen later in the year. More recently, we discovered that “Oracle plans to roll out a broad set of industry-specific Cloud solutions starting with communications, pharmaceuticals, and financial services“. The fact that SAP and Google have already made headway in these areas is just a happy accident.

However, SAP isn’t the lesser of the two evils. When the vendor saw underwhelming third quarter results SAP CEO, Christian Klein, was keen to “promote SAP’s new strategy.” The new strategy in question involves shifting on-premise customers to the Cloud, and investing heavily in Cloud R&D.

Clearly, the vendors are doing their respective bests to put themselves ahead in the Cloud war, and ‘enlist’ as many customers as possible.

However, in response to recent events (and the uphill struggle that was 2020 in general), a lot of organisations are at a standstill. The pandemic, subsequent recession, and a decrease in IT spending, have all led to organisations pausing large-scale projects.

With customers unwilling to move, the two massive superpowers therefore can’t ‘win.’ Yet, they continue to fight. Has the Cloud war in fact become more of a Cloud cold war?

Two superpowers, poised on the brink. They’ve built their weapons in their own way, but ultimately made them to a similar design. For instance, both Oracle and SAP like to sell their Cloud solutions on the idea of simplicity. That moving to the Cloud is a straightforward process, and rich in rewards.

But a Cloud move is not simple, and it’s certainly not cheap. In fact, the cost of a Cloud move can be astronomical. It’s a full reimplementation, and therefore a huge business change, not just an upgrade. You’re not performing a basic lift-and-shift where you can carry on as normal; you are, effectively, starting again from the beginning.

A great many organisations probably aren’t going to move to the Cloud for one very basic reason. They remember what happened the first time. When they first purchased ERP software, did it suit their needs straight away? No. Organisations went through years of customising, process changes, and hard work. All to get their systems to the reliable, efficient state they’re in today.

Vendors may sell on the simplicity of it all, but the process takes more time and more money than expected. Then, even when it’s completed, the next phase of challenges begins.

The one-size-fits-all Cloud – even though it doesn’t

In the mega-vendors’ Clouds, you don’t get access to your customisations. (Or not without buying your own private part of their Cloud with the hefty price tag that comes with it.) If you need certain customisations as a part of your everyday processes and Oracle and SAP say no, that is effectively the end of the matter. It’s now your problem to overcome.

Oracle and SAP can provide an off-the-shelf setup to every organisation in need of a Cloud product. Organisations will then need to adjust their business processes to meet the vendors’ criteria, rather than the other way around. Usually, you wouldn’t expect your customers to work around you, but Oracle and SAP do.

So, in a way, the vendors are right; their Cloud solutions do promote simplicity. It just so happens to be simplicity for themselves, not their customers.

Are the vendors pushing their customers too hard?

Oracle and SAP want to get their numbers up. In fact, given SAP’s drop in profit projections – and subsequently, its share value – SAP especially needs to get its customers moving.

Both vendors have realised that the customers are staying put to weather the current storms. Yet both superpowers keep trying to win their ongoing arms race. And to get ahead in the Cloud cold war, they’ll even resort to abusing their positions of power.

For instance, even the events of 2020 couldn’t persuade the mega-vendors to lower their support and maintenance fees. This particular contractual expense only ever increases for customers, costing some organisations millions every year. And despite the ever-rising price tag, the vendor’s support model has a distinct lack of improvement. (Even though these support fees provide  the vendors with a 90% profit margin.)

Oracle and SAP use these support fees to “encourage” their customers to keep upgrading to the latest versions. The vendors gradually reduce the amount of support provided on older versions but increase the price. In summary, organisations are increasingly overpaying for their support, but only by going through unnecessary and expensive upgrades will they receive the best support service the vendors have to offer.

The fantastic irony of the situation is that this pushy sales tactic is indeed inspiring Oracle and SAP customers to move – though not in the direction that the vendors necessarily want.

An alternative to vendor support

Oracle and SAP are preoccupied, heading even deeper into the Cloud, developing their respective arsenal amidst the Cloud cold war. Meanwhile, their customers are stepping away from their support services and seeking help elsewhere, with third-party support providers.

These customer-focused organisations are addressing real needs right now. Notably, a general need to cut costs without sacrificing support quality. Third-party support enables an organisation to remain on its current versions, and therefore extend the lifespan of its Oracle/SAP software indefinitely. It receives a better level of service, while saving at least 50% compared to its previous vendor support bill.

In one move, the organisation loses the need to make unnecessary upgrades while gaining significant savings; it successfully substantiates the investments made on existing software. Suitably, organisations are using these services to stabilise their IT roadmaps.

How can any organisation create a convincing business case for a Cloud migration strategy if its vendor’s Cloud doesn’t compliment the needs of the organisation?

One Cloud move that WILL work and WON’T require a reimplementation, is a lift-and-shift to Amazon’s AWS or Microsoft’s Azure. Third-party support providers, such as Support Revolution, provide this option as a way for organisations to receive the benefits of being in the Cloud without the challenges of reimplementing.

Organisations can cut their costs further by reducing hardware and servers, and the support for them, while increasing flexibility, processing power, and storage capabilities. And as standard, third-party support providers enable organisations to save at least 50% on their support fees, compared to staying on the vendor’s support model.

Organisations can make 50% savings, reduce hardware, avoid reimplementation costs, and still get the benefits of Cloud. It’s easy to see why the third-party support industry continues to grow.

This report was written before the pandemic and recession; Gartner’s advice has only become more relevant. While the vendors are locked in their Cloud cold war, organisations can use this time (and third-party support) to their advantage.

Leave the battle, win the war

With the option of third-party support, whichever vendor happens to be leading in this ongoing arms race becomes irrelevant.

Organisations can use this option to remain neutral to Oracle and SAP’s Cloud cold war and instead focus on their own future. That may be a future in the Cloud without the need to reimplement a thing, or a future of sticking to stable on-premise software. In both cases, organisations can make huge savings and improve their position to endure these challenging times without compromising on anything.

Whichever route your roadmap takes, third-party support gives organisations the chance to make their systems work for them, not for their vendors – the way it should be. Plus, you’re buying yourself time (and saving a lot of money), should you still want an ERP Cloud in the future.

There are no ‘winners’ in the Cloud cold war; victory comes from not taking part.

Support Revolution provides Oracle and SAP customers with best-in-class software support and maintenance, regardless of the software versions they own. Support Revolution believes that organisations like yours are being held hostage by Oracle and SAP; paying too much for software support and maintenance and being forced into unwanted upgrades. Our mission is to cut your Oracle and SAP maintenance costs in half, while providing you with a better quality of service and freeing you from the mandatory upgrade cycle. We help you to redeploy funds from maintenance to innovation – investing in your own future.