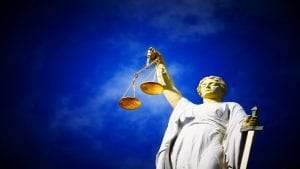 EUR272.5 million of fines have been imposed for a wide range of infringements of EU’s data protection (GDPR) laws. This is the equivalent of about US$332.4m or £245.3m. This is the key metric according to international law firm DLA Piper. According to the firm’s latest General Data Protection Regulation (GDPR) fines and data breach report of EU, the UK, Norway, Iceland and Liechtenstein.

The highest GDPR fine to date remains the EUR50m (about $61m / £45m) imposed by the French data protection regulator on Google, for alleged infringements of the transparency principle and lack of valid consent.

Significant climb down by UK’s regulator

The UK Information Commissioner’s Office (ICO) published two notices of intent to impose fines in July 2019 totalling GBP282m (about EUR313m / $382m). However, in a significant climbdown by ICO, the final fines imposed in October 2020 were greatly reduced to £20m. The Austrian authority suffered a setback when its EUR18m fine (GBP16.2m / $22m) was successfully appealed in December 2020.

A degree of leniency

Commenting on the report, Ross McKean, Chair of DLA Piper’s UK Data Protection & Security Group, said, “Fines and breach notifications continue their double digit annual growth. European regulators have shown their willingness to use their enforcement powers. They have also adopted some strict interpretations of GDPR setting the scene for heated legal battles in the years ahead.

“However, we have also seen regulators show a degree of leniency this year in response to the ongoing pandemic. There has been several high profile fines being reduced due to financial hardship. We anticipate the first enforcement actions relating to GDPR’s restrictions of personal data transfers to US and other “third countries.” This is the aftershocks from the ruling by Europe’s highest court in the Schrems II case continue to be felt.”

Ewa Kurowska-Tober, Global Co-Chair of DLA Piper’s Data Protection & Security Group, said “Regulators have been testing the limits of their powers this year. Issuing fines for a wide variety of infringements of Europe’s tough data protection laws. But they certainly haven’t had things all their own way with some successful appeals and large reductions in proposed fines. We expect to see the trend of more appeals and more robust defences of enforcement action continue.”

The Shrems II case refers to the European Court of Justice’s ruling that invalidated the EU-US Privacy Shield and ruled against the standard contractual clauses used by Facebook and other US companies legitimizing third country data transfers. The original complaint was against Facebook Ireland Ltd. Mr Schrems argued his personal data being transferred to the US company Facebook Inc without his consent. In addition, to a jurisdiction with broad surveillance laws which are in conflict with EU privacy laws.

GDPR was designed to protect the privacy of individuals in the EU. However, it has become increasingly apparent that global companies such as Facebook continue to harvest data on individuals. Even when these individuals have no direct relationships with these companies. No GDPR consent means these companies have no right to hold on to that data. It looks like European regulators are gearing up to challenge data breaches and issue more notices going forward. It will be interesting, if they shift their attentions to the west, and start taking on the US conglomerates. Particularly since the shield (EU_US Privacy Shield) is now down.