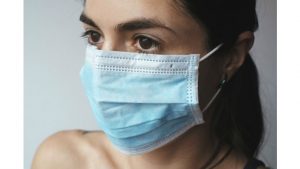 For many in the US, Christmas was tough.  The UKG Workforce Activity Report: December 2020 revealed that shift work declined by 3.2% in December.[1] This is the first decline since April and may be more a reduction of shifts required as the festive season approached and the lack of normal growth seen in December, for example in the retail sector. In fact the retail, hospitality & food service sector fell by 2.7% during the month. Other industries that saw a fall off were:

Overall, UKG revealed that the Workforce Recovery Scale fell to 84.3 its lowest since July. Will January see a pick up as companies return to work and the elections are resolved? With the December period ending on the 20th there may still be an impact from Christmas however.

Dave Gilbertson, vice president, UKG (Ultimate Kronos Group) commented: “While many hoped the holiday shopping season would power shift work growth through increased demand across the entire ecosystem needed to support December’s annual flurry of consumer spending, that bump never materialized. Limited shift growth during the BLS survey window should yield a net positive jobs report on Friday, though it will pale in comparison to the gains needed to make a dent in what remains a near-historic unemployment crisis.”

Every sector, every company size impacted

The SMB sector is still in overall decline. The decline in shifts in companies with less than 500 employees continues to fall. While larger companies with more than 1,000 employees increased shift work in November, all companies saw a decline in December, with those employing 501-1000 seeing the sharpest fall (-5.2%).

The decline was seen across all four regions of the US:

UKG revealed that 10 states saw a dip of more than 5% in December. While 10 states have maintained stay-at-home advisories, orders, or curfews, the report does not confirm they are the same ten states.

Companies are holding their breath. There is a hope that once the elections are over and the vaccine is rolled out across the country business will return to more usual levels. There is hope, especially in the tech sectors, that companies will start to invest in technology and apply some of the lessons learnt during the pandemic as business looks to increase efficiencies.

The unemployment rate remains high at 6.7% in November still nearly twice the rate in February (3.5%) – Source: U.S. Bureau of Labor Statistics. While the rate is declining, the fall is slowing and seems unlikely to fall below 6% quickly. This equates to 10.7 million unemployed people

That optimism is unlikely to spread to all sectors. Will travel, retail and commercial office real estate ever be the same? At some point, the federal government and states will have to recover the money spent on aid. Who will bear the burden?

This problem is replicated across the globe. In the UK the furlough scheme, now extended to April has kept many in jobs. Despite this the UK unemployment rate was estimated at 4.9%, this is 1.2% higher year over year and up 0.7% from the previous quarter. Come April will there be a huge jump in unemployment as companies look to cut costs?

2021 could be a tough year for many. However, it may also be the year that the promised gig economy emerges. As individuals look to maintain a better work-life balance with less travel they may look to fill their time with second jobs and entrepreneurial ventures.

[1] December 2020 is defined as the week ending December 20. The remainder of the month is excluded due to the significant impact of December holidays on shift work annually.