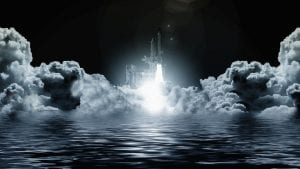 Aprika Business Solutions is hoping to become a new force for Project Management and PSA software with the appointment of Trevor Doornbos as Sales Director. Doornbos joins from the Thornbush Group where he spent six months as a Solution Evangelist helping software companies in the ANZ. He has previously worked for two companies offering PSA solutions, NetSuite and FinancialForce, the latter he was one of its first employees in the region.

Aprika is hoping that his experience will help it to accelerate its project management solution on the AppExchange, Mission Control. The press release state that it has interest from across the world for its solution, it is already used in 25 countries. However, Aprika is only a small company with only eight employees listed on Linked located in Australia and the USA.

The opportunity is huge, though, the pandemic has seen companies understand the need to migrate from spreadsheets to project management or PSA solutions. According to Reportlinker, the PSA market is set to reach $15.1 billion by 2027. In the US alone, the market is £2.3 billion in 2020. Doornbos and Aprika will hope to get a larger share of that market.

CEO of Aprika, Colin Johnson, commented; “This is an exciting time for our industry – potentially the biggest opportunity for growth we’ve ever seen. We want to be on the front foot to help drive the industry forward. Bringing onboard Trevor, an experienced Sales Director in this space means we can have a consistent and strategic approach to how we engage prospects and customers. We were looking for someone who could deliver a deeper level of engagement to ensure we produce fit for purpose solutions that will help our customers grow their own businesses.”

Aprika plans to double growth over the next five years. It appears to be planning to so organically. They will face competition though, from within the Salesforce ecosystem by leading companies such as FinancialForce, Kimble Applications, both of which have operations in the UK, US and Australia and are growing their footprint internationally. There are many other players outside the Salesforce ecosystem as well, including NetSuite one of Doornbos’s former employers.

What does Doornbos think?

Aprika also published an interview with Doornbos about his new role. In a canned statement, Doornbos said: “I am most excited about Aprika being an Australian headquartered Software Company delivering a global solution. With 5,000+ users globally already, the foundation is definitely there to launch the next phase of growth.”

Doornbos believes that much of the initial work will be around educating the market about PSA software. This is something that rivals have been doing for decades, and a bigger challenge will be to have the Aprika brand recognised as a significant player in that market. While it has 5,000 users across the globe, both Kimble Application and Financial Force have customers with that number of users alone.

Doornbos recognises the challenges ahead, saying: “The beauty of technology is the rapid nature in which it can evolve. 2020 has meant that we’ve seen new project management software solutions popping up and I suspect it will only become more crowded as demand increases. The challenge remains to differentiate and support new audiences as they come into our space, ensuring a positive experience. I believe we have a responsibility to lead with excellence – offering first-class systems that genuinely support a long term market need.”

Mission Control is marketed as both a project management tool and a “complete professional services automation solution. It comprises of several key features:

There are three major releases a year, the latest release, version 1.55 included updates to:

Mission Control is the flagship product for Aprika. It also has two others on the AppExchange, Mercury SMS, an SMS communication platform for Salesforce. And, Intellimail, an email distribution engine for Salesforce reports and Dashboards to non-Salesforce users.

Aprika has an impressive set of reviews on the AppExchange with an average rating of 4.9 out of 5. However, only two of these are from this year. If Doornbos is to succeed, he will need to ensure that the customers become better salespeople for his product. Ideally asking them to update reviews both on the AppExchange but also to create them on the Software comparison sites such as G2.com where there are only five reviews, the latest from 2018. It will be interesting to see how Aprika looks to expand in the coming months.

Will Aprika take any funding to help with expansion? It is a strategy that Johnson does not want to take, in August 2020 he commented: “We were very committed to not taking funding to grow our product business.”. The appointment of Doornbos brings an industry veteran to lead sales. But to grow, costs, how much is Aprika investing in growth, and where will it target that spending?