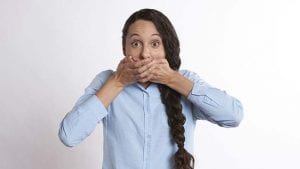 Beneath their rivalry over Cloud function and customer numbers, Oracle and SAP have an opponent they don’t talk about – and for good reason.

Sometimes, what an organisation is talking about is significantly less interesting that what they’re not talking about.

ERP giants Oracle and SAP are engaged in a longstanding Cloud war. Their marketing is dedicated to the Cloud war, who they’re competing against, and how their Cloud solutions compare. This ongoing feud is the topic of choice at the moment.

What the vendors don’t talk about is the other competition they face in their largest revenue stream: support and maintenance costs for applications and databases. For just Oracle alone, its customers spend an estimated 15 billion GBP on product support, annually.

Who is the other competitor?

This presents a danger for Oracle and SAP, as their support fees form the largest portion of their revenue. The profit margin is approximately 90%. Why? Because the mega-vendors only ever raise their support fees while decreasing the level of support provided for older versions. Even if an organisation regularly upgrades, it can wind up paying millions every year for the same support service it had when it first started.

Meanwhile, third-party support providers promise to reduce an organisation’s support fees by at least 50%. None of that support cost goes to Oracle/SAP; a customer switches, and that income of millions-a-year for the vendors dries up.

Why don’t Oracle and SAP talk about it?

In early 2020, Oracle’s Larry Ellison made a bold claim that Oracle would “steal” some of SAP’s larger customers.  In September 2020, SAP’s CFO Luka Mucic went on record to announce SAP hadn’t lost a single customer to Oracle.

Clearly, when it comes to facing the competition, both Oracle and SAP aren’t afraid to speak their minds, and these interactions can be quite entertaining to follow.

But by playing close attention to the market, you notice that on the matter of third-party support the mega-vendors aren’t quite so vocal. Instead, the vendors are focusing their efforts on developing Software-as-a-Service (SaaS) contracts which lock in customers, and often make it impossible for them to switch to third-party support. Of course, that doesn’t come up in sales discussions and negotiations. It’s “just a coincidence” that customers on these contracts will have no alternative to the vendors’ support.

It’s quite simple. The more news stories they create, the more Oracle and SAP draw attention to the main threat to their biggest revenue streams.

How Oracle are treating the biggest threat to their support profits

Oracle hasn’t committed to being entirely silent on the matter, however. On Oracle’s website, the vendor has created a campaign against third-party support. This comparative content primarily focuses on three major points: security, quality of service, and compliance.

However, as with any comparison between two competitors, you deserve to know the difference between a sales pitch and the reality of the situation.

The reality: The traditional patching method involves Oracle providing security patches on a quarterly basis, sending a universal update to all customers in Premier Support. Vendors fix security flaws at the source, so these patches are applied directly to the Oracle system. This method takes a lot of time (something you can’t afford when patching for a vulnerability) and risks damaging functionality.

The delay is caused by a combination of Oracle’s time to create the patch, waiting for the quarterly release, and then customers taking time to test and apply them. Oracle justifies its own part in the process by recommending customers to remain on “actively-supported versions” and to apply these fixes “without delay.” (Translation: “any delays aren’t our fault and keep on upgrading.”)

Third-party support providers don’t rely on the traditional patching method, and instead use ‘virtual patching.’ This security solution protects by providing a virtual ‘fence’ around the network which sits outside of all Oracle systems – including applications and databases – and protects against attacks coming from both inside and outside the organisation; even if the attacker is inside the organisation, they are still outside the fence.

A key difference between these two methods is, by traditional patching, customers are reliant on the vendor to provide patches – in this case, every three months. And even when the vendor patches arrive, each one requires the organisation to test everything on the system before taking it live. Often, organisations store them up with the intention of doing a big patching exercise; except they rarely get round to doing it, because the systems are usually inside their firewalls and they believe the risk is minimised.

Therefore, the ‘catch 22’ of traditional patching is because it takes time, organisations typically don’t do it and leave themselves vulnerable – and hackers are aware of this.

The solution is to have a fence that can be patched within a day or two and needs no regression testing. Since virtual patches can arrive in days, the fence is reinforced within days, and third-party providers can protect their customers in much quicker time.

Meanwhile, during the delay between a vulnerability being identified and a patch being applied, Oracle’s customers are left severely at risk. If “security represents the highest degree of business risk” as Oracle suggests, then organisations need a security solution with a quick turnaround.

Oracle says: “No one understands the details of a software program better than its developer. [Third-party companies] don’t have complete knowledge of the software.”

The reality: While it is true that software vendors have an in-depth knowledge of their own products, Oracle and SAP do not have the monopoly on IT experts. People move around – it is a competitive market, after all.

The fact is that there is a huge wealth of consulting, technical, and in-house talent across the world. Support Revolution has over 22 years of experience in Oracle and SAP software, and a team of experts each with an average 15 years of experience.

Additionally, an in-depth knowledge of one’s own software is not an immediate guarantee for high-quality customer service. As just one example, both Oracle and SAP are not willing to commit to response and resolution SLAs for their service.

However, Support Revolution has SLAs for both response and resolution, with our value-adding support services defined by ITIL processes. We are also prepared to provide our customers with service credits as recompense, should we miss our targets.

When referring to the quality of service, Oracle also likes to mention its ‘global operations’ with ‘engineers available around the clock.’ Global coverage isn’t specific to the vendor either. Support Revolution has offices in the UK, India, Dubai, and Russia, all working to provide 24/7 support worldwide.

As much as Oracle and SAP may like to believe that their support service is the best in quality and product knowledge, the very existence and exponential growth of the third-party support industry rather clearly suggests otherwise.

Oracle says: “Any gaps in software updates can affect your company’s ability to comply with regulations and its own governance policies.”

The reality: This idea likely stems from the previous point, “no one knows software like its developer.” Third-party support has been a booming industry for the last 15 years or so, and it’s predicted by Gartner that the industry’s growth will only continue:

Already, customers ranging from central government and multinational banks to suppliers with global networks have switched from their vendor’s support model to a third-party support provider. The range and reputations of these organisations quite succinctly proves that third-party support is superior to vendor support, hugely popular, and growing rapidly.

Oracle claims that third-party support “can’t provide fixes for everything” and that its vendor support can. However, while it is possible that Oracle can provide fixes, it won’t if your organisation chooses not to upgrade.

Comparatively, third-party support providers can supply all three types of patches – BAU fixes, security, and legislative – supporting Oracle (and SAP) products even if the vendor no longer supports it, with no upgrade necessary whatsoever.

While the vendors typically taper off their support services as the products get older, we keep customers in premium support no matter the software’s age.

For example, one prevalent organisation in the banking and financial industry needed to reduce support fees for its Oracle Databases, while maintaining its software on its existing versions. Using third-party support, provided by Support Revolution, the organisation was able to reach its objectives:

Support Revolution kept us on the database version we wanted, they significantly reduced our rapidly escalating Oracle support bill, and they did all of this with no reduction in service quality.

For this organisation, and so many others, third-party support provides an opportunity for organisations to avoid vendor-mandated software upgrades (or simply defer them until a more suitable time), receive better service & support, all for 50% less than their previous cost.

It doesn’t necessarily mean that third-party support is the answer for all organisations, but many certainly can benefit from the service. Considering the impact made by the pandemic and subsequent recession, every organisation currently shares one priority of saving crucial budget. That’s where it becomes advisable to investigate the option of switching to third-party support.

Gartner recommended that organisations consider third-party support as an option, even before the pandemic began, as a way of making savings and keeping legacy, on-premise software supported.

In their 2020 market guide, Gartner report on the reasons behind the increase in demand for third-party support, and lists the providers considered to be the best options currently available in the market – including Support Revolution.

Support Revolution provides Oracle and SAP customers with best-in-class software support and maintenance, regardless of the software versions they own. Support Revolution believes that organisations like yours are being held hostage by Oracle and SAP; paying too much for software support and maintenance and being forced into unwanted upgrades. Our mission is to cut your Oracle and SAP maintenance costs in half, while providing you with a better quality of service and freeing you from the mandatory upgrade cycle. We help you to redeploy funds from maintenance to innovation – investing in your own future.