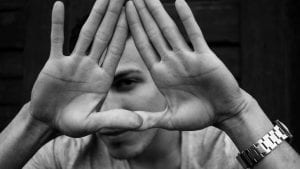 Scheuing talked about how companies need adaptability, agility and alignment. They need it because the rate of change has never been so great. When COVID arrived, all of the carefully constructed plans were no longer relevant or in some cases, viable.

Scheuing spoke about how only by going through a crisis can you prepare for another one. He asked: “How do you keep preparing? And how do you keep maintaining a state of preparedness for the changes?”

It is not just reacting to a negative change; positive changes provide opportunities companies must thrive on. Scheuing added that two key concepts companies need are organisational adaptability and organisation agility.

The two concepts are interrelated but not the same. Scheuing defined them as:

Both are equally important, and while software can help organisations achieve both concepts, it does not make an organisation adaptable or agile. Scheuing argues that organisations need to change the way they think about portfolio and management.

Portfolios cannot be a rigid hierarchical set of projects and programmes that are linked and hardcoded. Instead, Scheuing argues that they need a third concept, alignment. Alignment in the sense that they are aware of each other but where one item fails, becomes obsolescent or changes, it does not break the links between the different portfolios and projects. Instead, the organisation can adjust its strategic planning without starting from scratch.

This, according to Scheuing, is strategic portfolio management (SPM). The Changepoint solution aims to help business leaders assess, prioritise and thereby shape the business adjust to the latest change.

Changepoint underpins this SPM with Enterprise Awareness. He described this as: “Those are the things that can either enable or disable strategic success systems, applications, capabilities, standards, technologies. Think of it as a brain map for your strategic journey.”

Organisations having enterprise awareness can pivot quickly in changing circumstances. An awareness of the alignment using appropriate tools, such as those provided by Changepoint can help deliver the agility and adaptability that organisations need.

There is another piece of the puzzle, and that is insights. Every project contains information, having the analytics across projects and portfolios enables organisations to surface where things are going wrong, predicts where things can go better and provide information in real-time about the state of initiatives across the organisation.

Bergman then spoke about how Changepoint solutions can help achieve agility, adaptability and alignment. He opened by saying that enterprise agility is not about software, nor is it about “delivering on time, on budget, and on scope.”

Bergmans argued that it is less about project delivery and more about strategic portfolio management. He went onto to talk about how three streams on the product roadmap will help organisations. He stated: “First, how strategic portfolio management can drive adaptability and enable adaptability in an organisation. Second, how our new reimagined user experiences will drive workforce agility, through more productive and happier teams. Third, we’ll describe how our roadmap for self-service analytics can help drive alignment within your organisation.”

Launched last year at Evolutions, Bergman revealed that a new release of SPM in December would include what-if scenario planning. It will be possible to create new projects, or ideas, add them to the portfolio to quickly assess their impact on other deliverables. This functionality is available for users to use collaboratively and deliver increased adaptability to organisations.

Bergman then announced an iterative, if not revolutionary improvement to the Changepoint UX. Changepoint has significantly improved the user interface already, that work continues. The latest feature is form layout. For Changepoint SA, there will be new navigation, user flow and page layouts. He also revealed that more integrations for Changepoint would emerge in the coming year, including Microsoft Teams.

Changepoint analytics is underpinned by IBM Cognos and it will continue to deliver more for customers. The advantage for Changepoint of using Cognos is that they can take advantage of that platform and its advances without a huge development investment. In an upcoming update, it will improve interactive dashboards. Their usability will improve, Bergman noted: “The new UI is gonna allow end-users, stakeholders, business people, to pull up a dashboard and to begin exploring it and drilling in exploring the data deeper, giving them more insights and richer insights and a really elegant experience.”

In the next few weeks, it will also reveal some out of the box dashboards for Changepoint 2020. Users can customise these dashboards if they wish. More dashboards will be delivered for SA and PPM soon. Bergman also talked about the new strategic partnership with data warehouse vendor Snowflake. Bergman noted: “We’re really excited about the potential that this partnership has to offer, not only from going from bi to true analytics but also evolving into our augmented intelligence strategy.”

Changepoint will also provide a means by which users can connect their data sources, including Changepoint to third party BI tools such as Tableau, Power BI or Qlik in December.

Paul Yaros, Chief Customer Officer at Changepoint, closed off the keynote talking about how Changepoint helps its customers, and how its support has evolved over the last year. He highlighted the Changepoint Learning Centre, which it has continued to invest in, adding new courses for analytics for Changepoint SA and Changepoint PPM.

Yaros announced the extension of the Connections events. they will include virtual events around product, roadmaps and round tables. He also announced a new Customer Resource Centre. Users can access this from the Changepoint website. It will provide a single location for customers to seek help.

Scheuing delivered a thought leadership keynote that provided an insight into the Changepoint approach to the market. However, it didn’t quite address how companies could change their culture to take advantage of the functionality that Changepoint provides. Bergman’s section was tantalising with the promise of imminent updates but light on the exact details of what they will include. For example, how sophisticated things like Scenario planning will be. Customers will only have to wait a few weeks to find out, though.

The weakest of the three was that provided by Yaros, mainly because it was an overview of how Changepoint helps its customer base, something they should be aware of, rather than looking forward to reveal what changes they will be making to improve customer engagement. Changepoint also published a blog by Scheuing where he expanded on his viewpoint of how Changepoint solutions enable enterprise adaptability and agility.

While the focus was mainly on delivering enterprise agility and adaptability in Enterprise Times view, it’s Scheuing’s view of alignment that holds the greatest promise. If Changepoint can provide a means of managing the reality of loosely-coupled projects, this will better reflect the reality in many organisations. Most organisations are dynamic, and while there is a hierarchy, portfolios are dynamically changing. Changepoint aims to deliver an understanding of the relationships between initiatives without a rigid structure. In achieving this, it might be producing the next generation of intelligent SPM.