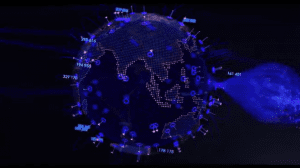 The HPB blockchain proposes a distributed and verifiable hardware random number solution with a designed-in incentive mechanism. This emerges from a blockchain project combining software and hardware so as to deliver both speed and security.

“Every electronic device needs randomness and needs a lot of it,” said Marcin Pawłowski at the University of Gdańsk. “Randomness is necessary whenever you need security. Whenever you want secure communication, a cryptographic key must be generated. It has to be generated randomly so that no adversary can easily guess it… If someone can predict these numbers (it doesn’t have to be perfect–if he or she can guess some of them it’s enough), they can listen to your conversation.”

The concept of a random number is not difficult to understand. It is a randomly generated number based on probability. Statistically, random numbers exhibit no predictable pattern or regularity. That is why they are unpredictable and confidential.

Demand and application for randomness exist everywhere in the modern world, from games to lotteries to sampling to fair distribution – and so on. In effect, random numbers serve as an important medium when delivering any fair and secure system.

In order to generate random numbers, a variety of methods (historically) are in use:

Currently, there are two primary means to obtain random numbers – via software or hardware. In the first, one can generate random numbers by creating a smart contract on Ethereum or by means of multi-stakeholder participation. In the second, from hardware generating random numbers. But both of these have limitations. For instance, the software-based method is inefficient and easily manipulatable. The hardware-based approach makes random numbers unverifiable.

Technically, only the second method produces truly random numbers. Computer-generated numbers are ‘pseudorandom’ – because knowing how a program develops its computations makes it possible to predict numbers – which only appear random.

Yet even a true random number taken from a physical system is not verifiably fair. The US National Institute of Standards and Technology produces an example (qv Beacon). The sample came from the radiation of the universe but it was still possible to select and interfere with the existing random numbers.

HPB believes it has produced “the perfect combination of software and hardware” to generate random numbers, which it applies directly on the blockchain. HPB’s hardware random number generator (HRNG) generates random numbers from a physical process within HPB’s BOE (Blockchain Offload Engine). HRNG senses tiny variances in voltage (as little as 0.00001 volts) within an Analog-to-Digital Converter in the BOE. This ever-changing figure is used to help generate the random string of 256 digits and letters added to each new block.

The HPB HRNG has the potential advantage that is possesses a built-in incentive mechanism to prevent collusion and attacks. In HPB’s random number generation:

Guaranteeing the fairness of random numbers, also with multi-stakeholder involvement, ensures on-chain verification to prevent random numbers  manipulation or tampering with. Such a built-in incentive mechanism means both random generators and consumers can obtain rewards – by helping to maintain the random service.

HPB Partner, Jason Hu, noted that: “HPB’s HRNG can be applied to various decentralized businesses, including DeFi, on-chain games, on-chain lotteries, and HPB’s HRNG will act as security cornerstone for DApps. Now there are already some DApps that use HPB’s HRNG for more secure random number sources. For example, the star DeFi project, Nest Protocol, is already deployed on HPB MainNet. Besides, we are also exploring our HRNG’s integration with internet products.”

The need for ever better randomness is generally accepted. The HPB blockchain project combines software and hardware and by using a blockchain HPB proposes a distributed and verifiable hardware random number solution which it has combined with an incentive mechanism.

HPB claims its approach lies in a revolutionary permissionless blockchain architecture. If true, the HPB aim – of solving one of today’s blockchain shortcomings – comes through a combination of dedicated hardware and software. HPB says it will promote HPB its hardware random numbers’ application. This should facilitate a robust DeFi ecosystem – which could make DeFi, CBDC and blockchain initiatives that much safer.