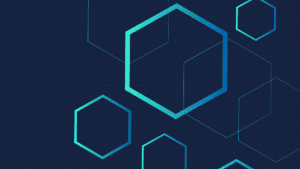 Three blockchain projects – Ontology, Neo and Switcheo – have launched Poly Network in a bid to lay the groundwork for a more collaborative and transparent decentralized ecosystem. Poly Network is a heterogeneous interoperability protocol alliance.

Andy Ji, Co-founder of Ontology, said, “By combining the highest standards of expertise and platform capabilities, Poly Network will have unprecedented benefits for blockchain developers, propelling the building of the decentralized ecosystem through a range of platform offerings that make the user experience easier.

“For a time now, the Ontology community has enjoyed the benefits of cross-chain functionalities with Ethereum.  Now, through Poly Network, an enterprise leveraging the Ontology blockchain will be able to seamlessly interact with an enterprise leveraging Ethereum, Cosmos, or Neo, helping these platforms overcome challenges to scalability, mainstream adoption, and collaboration. To make it happen, Ontology has invested high levels of technical research, development, and financial support.”

In what the three blockchain vendors believe is a milestone for the Distributed Ledger Technology (DLT) industry, Poly Network will permit cross-platform interoperability. If their claims are correct, this has the potential to increase transparency and accessibility.

To deliver, Poly Network’s core function enables cross-platform interoperability and atomic cross chain transactions, such as the swapping of digital currency for other tokenised assets (see also here and here.)

Da Hongfei, Founder of Neo, said, “I firmly believe that interoperability is the future of the blockchain industry. Within our current paradigm, both traditional and blockchain platforms exist as effectively isolated data silos — users and developers alike are restricted by each platform’s capabilities and limitations.

“With Poly Network, we are linking disparate and heterogeneous platforms to build a global cross-chain platform with the aim of realizing blockchain’s potential while overcoming its challenges — together. Moving forward, I encourage all interested projects and companies to join us in building the foundation for NGI.”

Integration across blockchains, and digital assets/tokens, is becoming ever more important. Announcements are rolling in – for example this month alone of Archax and Exberry/Digital Asset  Benefits obtainable from integration like that from Poly Network should permit interoperability between multiple chains, thereby offering a range of new advantages.

Enterprises wishing to leverage diverging systems can connect to Poly Network. Then they can collaborate and interact through an open, transparent admission mechanism. If true, Poly Network may represent another major step along the road towards blockchain integration relevant to enterprises.