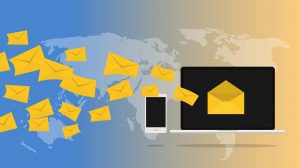 Kaseya has acquired and integrated Graphus further strengthening its IT Security suite. Graphus is a phishing defence platform that works on both Office365 and GSuite platforms using its patented AI technology, Trust Graph. This acquisition gives Kaseya a market-leading email protection platform that will help customers to protect themselves from a variety of email threats.

Kaseya has started the integration of Graphus to IT Complete, its ITSM platform for MSPs and small businesses. Integration between Graphus and BullPhish ID is already complete. The integration provides provide seamless provisioning of Graphus to existing BullPhish customers. This extends the protection delivered by IT Complete to a range of email threats including phishing, spear-phishing, business email compromise (BEC), account takeover (ATO), identity spoofing, malware and ransomware.

Terms of the deal were not disclosed but may not have put much of a dent in the half a billion dollars that Kaseya raised last year. This is just the latest security acquisition that Kaseya has made as it looks to strengthen its solution for its chosen market. In 2019 the company acquired ID Agent, a leading provider of Dark Web Monitoring. It added Passly to its security platform ID Agent in April this year. ID Agent also includes BullPhish ID, a phishing simulation and cybersecurity awareness training solution.

Fred Voccola, CEO of Kaseya commented: “The acquisition of Graphus catapults IT Complete to the next level and secures Kaseya’s position as the only comprehensive, tightly integrated, cost-effective platform in the industry to deliver all IT and security management needs for MSPs and SMBs in a single platform.”

Terms of the deal were not disclosed. Graphus was founded in 2015 and has only raised $650,000 in a convertable note funding round in 2018. Zoominfo estimates its revenues at around $1 million.

There is also a management layer including an Insights Dashboard for IT/Security teams to monitor threats. This enables monitoring in real-time. The dashboard can also create management reports to track performance against security metrics. MSPs are able to regularly email customers these reports as part of their service.

I liked it so much we bought the company

Kaseya has used Graphus for more than a year as a customer. Voccola added: “Like most other businesses, we face countless phishing and identity-spoofing attacks every week. As an Office 365 shop, we were relying on O365’s Advanced Threat Protection, but found a lot was still getting through.

“With Graphus protecting over 3,200 Kaseya inboxes and processing over 22 million of our emails, we’ve eliminated about 250,000 unsafe emails, quarantined nearly 15,000 phishing attacks, and blocked 3,400 executive spoofing and 2,400 impersonation attacks.

“Having seen these outstanding results for ourselves, I’m even more excited to extend the same unmatched protection to our customers so they can close the security gaps of their cloud email platforms and, for MSPs, provide a low-cost solution to generate additional profits.”

For Graphus, this will open up a massive set of growth opportunities. It will continue to operate as an independent business. Manoj Srivastava, CEO and a co-founder of Graphus will now lead Kaseya’s cloud email security practice. Srivastava commented: “We’re thrilled to join the Kaseya family and integrate Graphus into Kaseya’s IT Complete platform. With phishing attacks on the rise, Kaseya customers can now amplify their existing suite of security tools with Graphus’ powerful automated email defence to create the most comprehensive, end-to-end security stack possible.”

While this is not a large acquisition by Kaseya, it does fill in a significant hole in its security portfolio. More and more organisations are shifting to the leading cloud-based email providers Google and Microsoft. With home working becoming the norm, it has become even more important to protect employees with more sophisticated tools.

Some organisations train employees to spot phishing emails. However, it only takes one employee to click on a link and their company data may become compromised. With this acquisition, Kaseya can offer a solution that will block the majority of malicious emails. It can subsequently help to protect those organisations better.

For existing customers this is also good news. The breadth of the Kaseya platform is wider than just Graphus and it may allow them to consolidate security vendors.