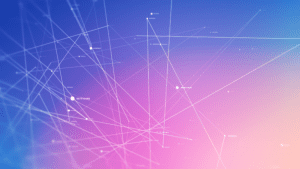 In partnership with the Inter-American Development Bank (IDB) and the Office of the Inspector General of Colombia (Procuraduría General de Colombia), the World Economic Forum has led a multi-stakeholder team to investigate, design and trial the use of blockchain technology for corruption-prone government processes, anchored in the use case of public procurement.

“The initial implementation of an emerging technology inevitably involves trial and error. This section proposes a framework of key performance indicators (KPIs) and evaluation strategies for a blockchain-based e-procurement platform and outlines a general approach to data gathering. For the Transparency Project, the evaluation will be performed upon completion of the software proof-of-concept (PoC) deployment, potentially later in 2020.” (Exploring Blockchain Technology for Government Transparency: Blockchain-Based Public Procurement to Reduce Corruption).

The procurement challenge that corruption presents

In many parts of the world, public-sector corruption is the single-largest challenge. It stifles social, economic and environmental development. Often, corruption centres around a lack of transparency, inadequate record-keeping and low public accountability.

Blockchain and distributed ledger technologies, when applied with care to certain corruption-prone government processes, has the potential to:

The project developed a blockchain-based software proof-of-concept (PoC) for public procurement. The project is rooted in a software PoC for the fully public and permissionless Ethereum blockchain network. The objective is to uncover:

The project intends to test these in a live procurement auction in Colombia in 2020 and with a fully open and decentralised blockchain configuration.

The system designated is that associated with the procurement of the Programa de Alimentación Escolar (PAE), or public-school meal programme. This is a high-priority public programme providing meals to the country’s most vulnerable children. Historically this programme has been notable for procurement corruption.

Blockchain attracts lots of attention for its security and immutability, especially from the high-tech fields for the technology. What the WEF seems to be doing with the IDB is turning the focus around, and looking at the explicit problem – corruption – and then how blockchain may inhibit it.

The project includes policy proposals to strengthen public procurement, as well as governance guidelines for the effective deployment of a blockchain-based system. It also discusses civic engagement strategies which can: