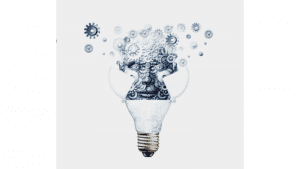 The United States Patent and Trademark Office (USPTO) has issued a patent on private blockchains to Ai-Blockchain (AiB). AiB is a provider of custom artificial intelligence-driven blockchain solutions. Clients include a variety of enterprises – such as financial exchanges, hospitals, media content providers and supply chain platforms.

Ai-Blockchain’s CEO, Drew Hingorani, states, “We truly appreciate the USPTO issuing our patent as we showcase our healthcare solutions enabling physicians to spend more time with patients and demonstrating our blockchain payment cloud platform for a variety of uses across multiple industries. We continue to develop and enhance our private and public blockchain technology, and both the cloud and the on-premise solutions are available for companies to collaborate, deploy, evaluate, study and test.”

AiB’s combination of software technology with foundational computing elements was sufficient for the USPTO to recognise innovation in the patent. Potential use cases include:

Joe Bacon, best known for his years of service to Rolls-Royce in the UK, recently stated: “Having researched and conducted proof of concept studies for the industrialisation of blockchain technology over several years, a few areas of concern consistently arose: transaction speed, energy consumption, security, data tenancy, and lifecycle costs.

“I am pleased to say having worked with Ai-Blockchain since 2016, they have addressed all of these issues with their patented technology stack, which utilises the robust and secure Amazon AWS cloud services for scalability to meet all of the demands of global businesses. … The AiB team applied sound architectural designs and provided technology product demonstrations that no other Blockchain or software company did in the same way. I will be pleased to see more people working with AiB in 2020.”

Founders Stephen L. Reed and S. Drew Hingorani have created what they describe as a game-changing approach to:

As an example, AiB developed a HIPAA-compliant data payment platform usable by health facilities and hospitals to pay doctors. Some healthcare organisations pay their physicians via a compensation mechanism called relative value unit (RVU) agreements. As the name suggests, these can be complex. Often healthcare organisations using RVU-based formulas deliver the major part of a physician’s compensation plan. Yet calculating the compensation is a labour-intensive process which leads to poor productivity. The effect is to reduce the time available for patient care.

AiB’s solution addresses this. It built a new proprietary blockchain smart contract upon the recently open-sourced high-performance Kafka blockchain. KafkaBlockchain is a Java library for tamper-evidence using Kafka. Messages encrypt and are tamper-evident at a rate exceeding 2M messages per second – per topic.

An important aspect: according to Ai-Blockchain, its smart contract blockchain product operates efficiently yet consumes a fraction of the energy required by competing blockchains. The architecture also features tamper-evident:

Stephen Reed, developer and AiB’s Chief Scientist, says: “Our platform has significant application in the healthcare industry and financial institutions where all stakeholders demand continual improvement of security and efficiency.

“With this issued patent, Ai-Blockchain can deliver its source code across all industry standards in managing digital asset transfers between two parties or multiple parties. AiB’s patented platform is the most efficient, secure and scalable blockchain technology in the world.”

Ai-Blockchain’s patent describes a Kafka add-on. This ‘KafkaBlockchain’ sets out to deliver tamper-evidence-capabilities which can then be incorporated into scaleable streaming applications using Kafka’s ecosystem, which includes:

The combined result is that customers can build mission-critical and secure applications on top of the Kafka infrastructure. The potential attraction of the Ai-Blockchain implementation/patent is the ‘loss of the complexity and immaturity of other blockchain products’. Though Kadena orients itself primarily to the finance sector, Enterprise Times would take great interest in hearing from any enterprise which has compared AiB and Kadena for practical use in an organisation.