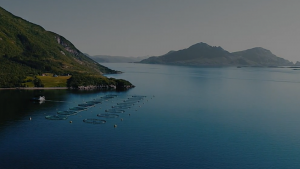 Kvarøy Arctic has announced it will join IBM Food Trust to enhance the traceability of its Arctic salmon and help foster consumer trust across their supply chain. Kvarøy Arctic is a third-generation, family-owned Atlantic salmon farm located on the Island of Kvarøy (inside Norway’s Arctic Circle). It is a major producer of Norwegian farmed salmon.

“Blockchain is the future when it comes to ending fraud in the seafood industry. It is a level of transparency that shows our dedication to being the best of the best,” said Kvarøy Arctic CEO Alf-Gøran Knutsen. “The technology tracks a level of detail that helps us reduce food waste so we can feed more people in the world.”

In the past three months, Kvarøy Arctic has reported a significant increase in demand for fresh seafood in the U.S.  The Company is shipping twice the volume anticipated at its February 2020 launch. For context, this demand for salmon grew even faster than that for beef and poultry. Consumers seem increasingly to be looking for alternative sources of protein.

To address this need, Kvarøy Arctic has joined IBM Food Trust. The latter is an ecosystem of:

They are collaborating via use of a permissioned, permanent and shared record of food system data stored on a blockchain. In parallel, Kvarøy Arctic is also working with its feed provider BioMar to begin uploading supply chain data to the network. This creates an immutable record of the feed used and the conditions where salmon was raised, packed, certified and shipped to distributors around the world.

Kvarøy Arctic seeks to enable corporate buyers, including select Whole Foods Market stores in the U.S. and Canada. For example, restaurants can scan a QR code. this will provide the provenance for the Kvarøy Arctic’s Arctic salmon and the feed it was raised on.

Besides the provenance, users will be able to:

The company also plans to introduce a consumer app to provide insight into the quality and sustainability of the seafood in the future.

The American Heart Association’s Heart-Check Food Certification Program certifies Kvarøy Arctic’s Atlantic salmon. This gives consumers a peace of mind – that what they are consuming meets the nutritional requirements of the US’ premier heart association.

Kvarøy Arctic holds itself to high standards. One example – it reports that it uses open ocean habitats which contain roughly half the population of conventional salmon farms. It intimates that doing this:

Blockchain matters here because it has the potential to build trust in a supply chain – by creating a permanent, digitised chain of transactions that is immutable. ATEA, a provider of IT infrastructure solutions in the Nordic and Baltic region, is working with Kvarøy Arctic as the systems integrator. With a blockchain:

The way this works is that Kvarøy Arctic grants permission to distributor and retail partners. They can then see the data about:

“Our work with Kvarøy Arctic further builds on our progress in promoting transparency and sustainability in the seafood trade,” said IBM Food Trust GM Raj Rao. “IBM Food Trust is delivering the tools needed to collaborate across industries and take the action to preserve and maintain our global fisheries, while protecting the integrity of the seafood supply chains.”

Kvarøy Arctic’s locates its farms in ocean waters at the Arctic Circle. It says it promotes sustainable farming methods. It obtains certification from the Aquaculture Stewardship Council, an organisation which identifies responsible fisheries using both environmental and social standards.

By participating in the IBM Food Trust initiative, Kvarøy Arctic is seeking – like various other food manufacturers, including Terra Delyssa, Albertsons, Carrefour – to enhance and solidify a positive product reputation. Reputational branding, underpinned by blockchain, is becoming ever more source-popular – though there is scant evidence that consumers are taking much notice.