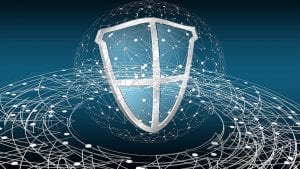 Brave, the privacy-first browser has been caught adding affiliate links to user searches. The company has been accused of breaking its own rules over opt-in advertising by using these links. This is because there was no opt-in around the affiliate links.

Opt-ins for ads, privacy promises and being crypto-friendly are the main attractions for Brave users. If a user opts-in to receive ads, they get paid in Brave Rewards. These are underpinned by the Basic Attention Token. Brave promises users that they will receive up to 70% of the ad revenue for each viewed ad impression. Users can keep BAT, turn it into cash or use it to support websites they use regularly.

However, sending users to affiliate links where Brave gets paid, and users don’t, is seen by the community as distrustful.

How did Brave get caught?

Twitter user Cryptonator1337, otherwise known as Yannick Eckl first spotted the redirect. He tweeted: “So when you are using the @brave browser and type in “binance[.]us” you end up getting redirected to “binance[.]us/en?ref=35089877” – I see what you did there mates”

Brendan Eich, Founder and CEO, Brave was quick to respond. He responded with a string of tweets effectively taking the blame for the move. “1/ We made a mistake, we’re correcting: Brave default autocompletes verbatim “http://binance.us” in address bar to add an affiliate code. We are a Binance affiliate, we refer users via the opt-in trading widget on the new tab page, but autocomplete should not add any code.”

Poor decision called out, apology made, and that should have been the end of the matter. Only it wasn’t. A look at the Brave GitHub page shows that the company has affiliate deals with other companies including Coinbase and Ledger.

Will loss of trust = loss of users?

This is the big question for Brave. There is a large pool of users who want a browser that does not hand over their data to every site they visit. Brave has staked its reputation on just that. When you do opt-in for ads, they are opened in a separate window on the machine, and no data is transferred from the browser. It has helped the company attract millions of users.

The problem with the affiliate link is that Eich and his team can log into the affiliate panel and see some user data. For some on Twitter, this is unacceptable hence the claims of a betrayal of trust. Where those users go will be interesting.

Ray Walsh, Digital Privacy Expert, ProPrivacy, a website that admits to earning money from affiliate links, said: “The fact that Brave has put revenue above transparency is problematic, and although Brave’s CEO Brendan Eich has stated that the tracking only identifies the firm rather than individual users – it is likely that many users will feel betrayed.

“The problem isn’t that Brave is attempting to create revenue, but that it hasn’t been upfront about how it produces that revenue and how it is creating some level of tracking – no matter how minimal that might be.

“Admittedly, Brave has promised to rectify the situation to ensure that the auto-filling of affiliate links only ever happens with user consent. For privacy advocates who thought Brave could already be trusted, however, this may be too little too late.”

A storm in a teacup? Hardly. When your business model is about enhanced privacy and giving back revenue from ads, you attract a relatively narrow group of users. Admit that you are using them to make money and that you are not going to share, and they take it badly. That is what has happened here.

How much fallout there will be for Brave? That is hard to estimate at the moment. There are already threads on reddit where users are saying they no longer trust Brave. Other browsers such as Pale Moon and Epic are being suggested as alternatives. Walsh reports that: “Developers have instantly announced plans for a privacy-focused fork of Brave”. This is ironical since privacy is the basis of Brave.