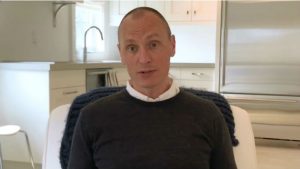 Infor hosted its virtual, Infor Inspire conference this week, having reorganised an event a few weeks after it cancelled its European conference in London. Powered by virtual events software 6Connex, it enabled the company to share some of the intended content. Unlike other virtual conferences, Infor chose not to seek third party sponsors for the event, and while there was some live chat available, there were no booths to attend.

The conference was kicked off with a general session led off by CEO Kevin Samuelson. Attendees were then able to explore more than 60  presentations across ten categories.

The presentations and even more content within the resource centre are still available.

The CEO frames the situation

As one would expect, the keynote was influenced by COVID-19. The three main speakers, Kevin Samuelson, CEO, Soma Somasundaram, President of Products and Chief Technology and Cormac Watters, General Manager and Head of International from Infor all presented from what appeared to be their home. Samuelson’s background was an incredibly white kitchen that looked unlived in. The three leaders each presented an aspect of Infor, Samuelson a business update, Somasundaram a product and platform update and Watters around delivery and engagement.

Samuelson led by talking about the impact of COVID-19 on Infor and its customers. He commented that there are two things Infor is focused on during the crisis. Samuelson said: “The first is the health and safety of our employees”. He noted that all 17,000 employees are now working from home. Samuelson then continued: “Our second objective is to make sure that our business is well run and that we support our customers during these challenging times.”

He confirmed that Infor is continuing to deliver projects and has even achieved several go-lives during the lockdown period. It is also offering the same levels of support as before. He is also clearly enthused by the recent Koch acquisition and how that has not impacted the way the business is run. It means that more than ever, Infor can look to the long term, which helps both customers and its prospects. He noted: “We’re now making the product and technology decisions that will help you not just this month or this quarter, but candidly over the next decade.”

What do customers need to do?

Samuelson offered five key ways in which the Infor technology will help its customers:

Samuelson then gave a clear message about how companies could accomplish these benefits. He said: “But in order to take advantage of those offerings that we have, the first and most critical step is that you move your technology to the cloud.”

In turn, Samuelson acknowledged that the industry has been poor at delivering solutions historically. He commented: “There are horror stories about companies that had anticipated huge amounts of savings or ROI associated with an implementation that even after all the pain and changes required to move to a new system. Never realise those savings or that. ROI. We recognise that our industry has not done a great job of helping you wring out value from our systems.”

To address that Infor has focused on delivering industry-specific functionality, but more importantly has reconsidered its approach to implementation. Somasundaram would explain the first and Watters, Infor Agility and its approach to the latter challenge.

Somasundaram then gave a lightning tour of the Infor platform and how its different elements fit together to deliver benefit. Unlike its main two competitors, Infor focuses and spends its R&D dollars only on the key deliverables that customers use. It does not invest in databases or infrastructure, leaving the latter to Amazon. It is an approach underpinned by six design principles that Somasundaram expounded on:

Somasunduram has said much of this before. But with each telling the message is more lucid and more compelling. There was nothing new per se, and it will be interesting to see whether there is a new major announcement at Inforum. The only hint was that Infor is looking to deliver more micro-vertical solutions, in addition to its 14 target markets. Previously they have relied on partners to deliver these, but Infor may be looking to do more of this themselves.

Approaches to the cloud

Watters cited examples of customers that had successfully taken each of the approaches. However, the important part of the what Watters has to say came next. He is an advocate of an agile approach to ERP deployment.

He commented:” Very revered, and well renowned independent commentators, such as McKinsey are saying that you can apply an agile method to ERP or enterprise application deployment, that’s vital. That means we’re no longer looking at 3-4-5 year projects that are never-ending massive big bangs with lots of risk and lots of fear. We’re talking a more traditional agile approach that you use in other aspects of the business, but apply it to the enterprise application deployment.”

Agile, he explained, is a prototyping approach. Deliver prototypes quickly, that work and then deploy them. Don’t aim to deliver the full business requirements as they will have changed by the time the project is finished.

Watters equated this to laps of achievement, each lap takes between six to twelve months which ensures Infor delivers value with a regular cadence. Infor Cloud technology now supports this. Infor Agility, the deployment framework has what Watters calls a 60-30-10 approach. It uses an agile, prototyping approach. Out of the box, 60% of the functionality required is already there. Companies can deploy and run the system on their business easily using this 60%. They can then get an additional 30% through configuration, which is quick to deploy. The final 10% is meeting the specific requirements of the customer. This could be through integrations to specific solutions or in rare cases customisation. Infor supports both single-tenant and multi-tenant instances of its software.

That is the intent, but is it happening? Watters said: “It’s working very well and we’re talking more and more internally and with the customer projects that are up and running. They start to measure themselves against this; it maybe 62, 34 and four.”

As Infor develops its software, the percentages should be front weighted, which means that deployments take even less time. The company has also invested in a data migration centre in the Philippines. That helps to ensure that another bottleneck is eliminated. The partnership with Signavio also helps with its process intelligence platform, helping to understand existing processes in a business and helping to deploy new ones.

Is there an impact from COVID-19

There is probably a new norm, Watters noted “We have put several customers live in the last few weeks, completely remote-based consulting. Who would have thought that was possible, but it is, and it’s becoming real. I suspect that remote working will become a bigger factor in our world as we go forward.”

Other changes are looming. He cited China returning to work in a phased way with entirely new shift patterns. Asset management, especially in healthcare, has become increasingly important Watters believes. The third change is around the supply chain. Watters asked:” Do you have visibility of the supply chain? Do we have visibility of the supply chain? Is it the supply chain within your enterprise? Yes, but also outside the enterprise? What about the larger network of supply chains? Can we see what’s leaving China, wherever it’s at? Is it on a ship, or when is that ship due to dock. Has that port got capacity, all of those conversations are becoming more and more real. This is what we think will be part of the new world.”

While Infor did not have any sponsors as part of Inspire, it did sponsor ActionAid, a global movement of people fighting for women’s rights, social justice and an end to poverty. Anne Corbin, Chief Customer Officer international at Infor, spoke to Rebecca Rawle, Head of Private Sector Partnerships & Engagement, UK and Asia Hub at ActionAid UK. Rawle explained the focus  of ActionAid in three areas:

The first is livelihoods, so helping women to really succeed in the world of work. The second is ending violence against women and girls, which is unfortunately incredibly prevalent still. The third one is helping women to become agents for change and giving them leadership positions in responding to humanitarian and climate change crises. Corbin confirmed: “Infor will be making a donation to action aid for International Women’s Day.” It is also possible for attendees to donate (here).

Infor is still planning to hold its larger annual conference Inforum later this year in September. With some restrictions likely to still be in place, it will be interesting to see whether it goes ahead as planned or whether Infor combines a physical and virtual conference. Those still unable to attend due to travel restrictions can then participate in the same way that many did with Infor Inspire.

There was some solid content in the virtual platform, and it will be interesting to see how much engagement Infor achieves through the platform. Virtual conferences are still relatively early in their development. While it was possible to talk to other attendees, this was a solid keynote for Infor though one seemingly devoid of new news. What is did show is that Infor is embracing the challenges presented by COVID-19 and its delivery team at least has changed the way it will work, possibly well into the future.

Importantly this new way of working seems more efficient and could deliver implementations faster and at a lower cost. The challenge will be around the development of relationships through the process, starting in the sales cycle. In the longer term, it will be interesting to see how Infor addresses this challenge, especially in the more complex customers or those reluctant to change business processes.