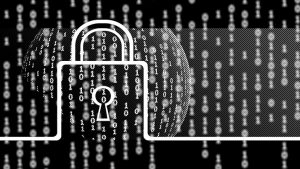 Encryption is always a hot topic. Everyone wants it to keep their data private. Governments want it but also want a backdoor into it so that they can see everything when it suits them, even if nobody trusts them to keep the backdoor secure.

A few months ago, Enterprise Times talked with Simon Bain who was, at the time, CTO of ShieldIO. Bain told us: “Currently, encryption will be broken at some point in the next four to five years. It’s not going to need quantum to do it. It just needs some clever bugger to go out and actually look at it and say, oh, there’s a pattern there. Because the whole universe is made a pattern. There is no such thing as random.”

ShieldIO provides encryption of data using a technique called homomorphic encryption. Bain said: “It’s incredibly simple in terms of what it means. It’s the ability to work on data, keep it encrypted and get back a Boolean true or false.” There are a lot of companies working on it, but it is not simple.

In this podcast, Bain talks about the challenges with encryption and what homomorphic encryption can add. He also explains why ShieldIO wrote its own libraries due to the limitations of those that are publicly available.

To hear more of what Bain had to say, listen to the podcast.