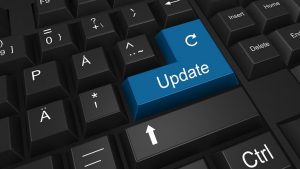 SYSPRO has unveiled its first release of 2020 for SYSPRO8 its latest generation of ERP. The update includes a range of improvements to existing features and a couple of new ones too. Targeted at manufacturers and distributors the release focuses on improving both user and customer experience.

Paulo de Matos, SYSPRO Chief Product Officer, commented: “The latest release offers extended capabilities, which will optimize production processes and can ultimately result in greater productivity and faster time to value. In developing our latest release, superior system performance and user experience was of paramount importance. We wanted to improve customer experience and fundamental operational processes for our customers who are at the heart of our business.”

SYSPRO has improved its functionality around traceability. Users can now identify any traceable parent item (Lot or Serial) that has been receipted into stock by any means. The system also supports mock recalls which enables customers to better identify challenges for any future recall.

SYSPRO has added support for French, German, Portuguese, Spanish and Turkish to SYSPRO Manufacturing Operations Management (MOM). It has also enhanced the user access control features. The system now allows users to be given access to view only or have access to undertake shop floor transactions.

The security and governance of SYSPRO point of Sale (POS) is improved. There are new features around password expiry and strength validation. The system now differentiates between offline and online receipt numbers removing the risk of duplication. There are also enhancements to Supply Chain Transfer functionality.

Security is the focus of improvement to the platform. SYSPRO now supports SQL Encryption in motion. This reduces the risk of hackers gaining access to data as it is transferred between SYSPRO and the SQL server that holds its database. Furthermore Avanti, the SYSPRO user interface, now supports multi-factor authentication.

Avanti also now has a Avanti Software Development Kit (SDK). This gives access to the SYSPRO Avanti API. It enables developers to create new functionality with the same look and feel of SYSPRO. There is also a Bots Software Development Kit (SDK) this allows developers to create their own bot skill sets and connect applications to Ken, the SYSPRO bot

This is not a huge release from SYSPRO but it does include several important updates. The most notable is the support of Making Tax Digital for the UK market. However, customers will welcome several of these features. What is perhaps surprising is that the user administration enhancements are not system wide. When most vendors enhance user control they do so across the board.