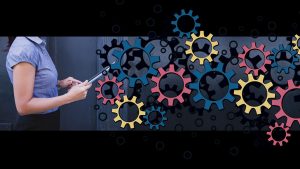 Just before Covid-19 caused the mass cancellation of conferences, Enterprise Times visited Appian to meet with Matt Calkins, CEO and other senior members of his team. Appian has just made its first acquisition of a company and launched its RPA offering. In this first of three podcasts, Calkin talks about Robotic Process Automation (RPA).

Calkins talks about the challenges that RPA has. He points out that: “RPA can’t be used alone, but in concert with people it is exceptionally powerful for a large range of tasks. Alone it can only do a narrow range of tasks.” Calkins believes that Artificial Intelligence is similar saying: “It’s good at appraising, quantifying, identifying, translating, can do those things but when it comes to making a decision its generally got to go to a human and say ‘here’s what I think I should do’.”

It is important that this relationship between the technology and people is right. Too many of the stories have focused on replacing humans. Calkins doesn’t see it that way. He believes that the automation elements of the technologies need to be backed up by people doing the thinking. He does not see AI as taking away jobs and instead we should be targeting it at supportive behaviours.

Calkins asks the question: “Why is it that we haven’t done more with RPA?” He sees the answer as simple saying: “RPA doesn’t handle exceptions. It handles very simple things when used in isolation.” He sees this as the worst way of using RPA.

To hear more of what Calkins had to say, listen to the podcast.