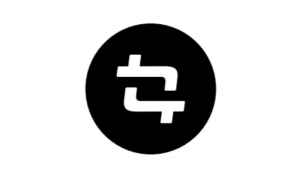 “We’re really excited to share our work with the community,” said Theis Simonsen from the creator team. “With the release of these new tools, our vision to create a cryptocurrency that restores financial power to the individual has taken a massive step towards becoming reality. The underlying database and protocols are the foundation of Tagion. But this new proof of concept release goes much further. We now have an API interface for performing user transactions and a tested payment protocol that is tested for double-spend, so developers can use our API to perform transactions. We also have a wallet application so that users can store and spend Tagion – or at least test the process themselves.”

Tagion is a monetary and open banking protocol. Having launched its devnet, individuals and enterprises will be able to test:

Tagion has been under development for more than two years as the team worked to solve several technical challenges. Its new proof-of-concept release demonstrates its technology stack:

The principles underlying Tagion include:

The Tagion main modules include:

The DART (Distributed Archive of Random Transactions) database sits at the heart of the Tagion currency. Inside it stores details of each electronic ‘bill’ and its associated public key.

The proof of concept model has successfully completed several synchronisation tests. It is now possible to store, and delete, these as they are spent. All transaction details replicate accurately across all distributed nodes.

Similarly, the scripting engine which executes each transaction is now working:

Arguably, and in Tagion’s view, the world has too many financial (and physical) borders. It  wishes to:

Nevertheless, according to Tagion, there is still a lot of work to do. The time taken to clear a transaction is still (too) slow, for instance. Tagion, however, now has a working technology stack. Its development team can focus on optimisation.

For those interested, the Tagion Developer Kit is available.