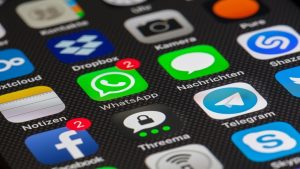 Pixalate, an ad fraud intelligence and marketing compliance platform, says the desktop ads.txt programme is still growing. The company has published its 2019 App-ads.txt and Ads.txt Trends Report. It notes that over 1.2 million domains now having ads.txt files. The report updates programmatic buyers and sellers on the latest trends around the IAB Tech Lab’s initiatives.

Authorised Sellers for Apps, or app-ads.txt, is an IAB initiative that helps protect app ad inventory from ad fraud. Organisations create app-ads.txt files to identify who is authorised to sell inventory. Identifying authorised sellers can help enterprises receive advertiser spend that might have otherwise gone towards counterfeit inventory of spoofed apps.

The IAB Technology Laboratory (Tech Lab) is a non-profit consortium that engages member community globally. The IAB Tech Lab aims to develop foundational technology and standards that enable growth and trust in the digital media ecosystem. The tech Lab is comprised of digital publishers, ad technology firms, agencies, marketers, and other member companies.

The organisation focuses on solutions for brand safety and ad fraud. It also explores issues around identity, data, and consumer privacy; ad experiences and measurement; and programmatic effectiveness.

What’s inside the report

“With the right checks and balances, brands can avoid buying misrepresented inventory in the programmatic supply chain.”

Pixalate’s data science and analyst team analysed over 1.5 million apps and over 80 million domains utilising proprietary analytics tools. The research represents data collected by Pixalate from October 1, 2018 through December 31, 2019. The data in this report is reﬂective of root domains and apps only. Pixalate removed duplicates occurring from subdomain ads.txt ﬁles.

This report is extensive on the current app-ads.txt and ads.txt trends in the marketplace. However, it’s extremely thin on the analysis of what these trends actually mean for business. Apps continue to be embraced by businesses across the scale. However, its impact on customer journeys is still sketchy. The report updates programmatic buyers and sellers on the latest trends around the IAB Tech Lab’s initiatives. Pixalate’s analysis of IAB Tech Lab’s app-ads.txt and ads.txt programmes reveals that more than 182,000 apps.

In addition, more than 1.2 million domains have adopted the initiative. Google continues to dominate the app marketplace with 97% of all app-ads.txt ﬁles having a Google listing. Pixalate really needs to write a report that talks to the wider business and marketing community. The current report format, appears to only talk to the data scientists in the programmatic marketing community. It is not particularly user-friendly. This is such a shame, since the use of Apps continue to dominate how we all work, rest and play.