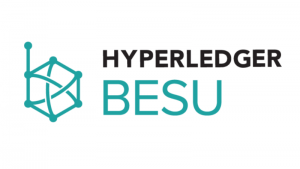 Brian Behlendorf, Executive Director of Hyperledger, said: “Hyperledger Besu is the most recent framework to be contributed to Hyperledger and the first that is compatible with the public Ethereum network. It is great to see Hyperledger members BTP and Digital Asset collaborating to create a DAML integration with Hyperledger Besu so soon after it has been accepted by the community.

“This is the third Hyperledger framework to support DAML. As we anticipate both specialization and consolidation across the blockchain tech stack, having a unified option in DAML to write applications across Sawtooth, Fabric and now Besu is great to see.”

Hyperledger Besu is an Ethereum client. Designed to be enterprise-friendly for both public and private permissioned network use cases, its permissioning schemes are specifically for use in a consortium environment. It can also run on test networks such as Rinkeby, Ropsten, and Görli.

Consensys’ PegaSys team was the original contributor of Hyperledger Besu to Hyperledger.

Ron Resnick, Executive Director of the Enterprise Ethereum Alliance, said: “There will be no one platform to satisfy every use case. To truly expand global commerce, the industry needs standardized components that allow companies to make the business decision on which platform best suits their needs.

“When the platform of choice is Ethereum, the integration of DAML and BTP’s Sextant for DAML with the EEA specifications-compliant Hyperledger Besu project adds the Ethereum choice to a unified approach to writing and deploying applications across any of the leading blockchain platforms. This solution marks the forefront of industry standardization.”

In this context, distributed applications are an emerging paradigm applicable to instances where traditional languages or tool may not be appropriate. Typical complexities involve cryptography and distributed state synchronisation. DAML abstracts underlying implementation details. Built-in simulation tools together with a strong type system mean developers can expect an application will do what they intend. According to Digital Asset “code written in DAML is also easier to maintain, so you can rapidly iterate on your application once it’s running“.

Digital Asset provides commercial integrations of DAML with partner platforms. The idea is that a variety of organisations – whether the largest enterprises to technology start-ups – can:

Dan O’Prey, CMO & Head of Strategy at Digital Asset, said “Hyperledger Besu is now the eighth platform to support DAML smart contracts, including the three main Hyperledger frameworks. There are well known security issues with the Solidity language used by Ethereum platforms like Hyperledger Besu and JP Morgan’s Quorum, and now developers have a fit for purpose alternative with DAML which works with all the major enterprise blockchains.”

DAML marches on. Hyperledger Besu is the fourth platform which BTP’s Sextant for DAML supports where it (Sextant) is an integrated offering that claims to simplify the deployment and management of DAML-enabled platforms.

For enterprises wishing to explore Ethereum-based blockchain use, the possibility of having a range of application destination platforms – now including Hyperledger Besu – will be welcome.