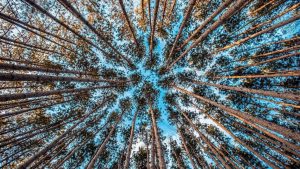 Salesforce posted another set of record results for its fourth quarter and full year. Revenue grew yet again with Salesforce posting nearly $4.9 million, a growth of 34%. The full year revenues were $17.1 billion a rise of 29% in constant currency. It also adjusted its guidance for 2021 up to $21.1, a projected growth of 23%. While this is at the top end of its guidance it may still be conservative judging by the historical results. It also announced the tactical acquisition of Vlocity for 1.3 billion which potentially enhances its sales opportunity in six key markets. That deal will close later this year.

Also ServiceMax announced that Salesforce Ventures is an investor in a new $80 million funding round. The most surprising news is that Keith Block is to step down as Co-CEO, with Marc Benioff becoming sole CEO and continuing as Chairman. Block will remain as an advisor to the CEO.

Marc Benioff, Salesforce Chairman and CEO commented: “Our Q4 and FY20 results were phenomenal. We are delighted to raise our revenue guidance for FY21 by $200 million to $21.1 billion at the high end of the range, while expanding our operating margin. Nothing is more important to us than the trust and customer success we have with each one of our customers. Salesforce’s Customer 360 platform uniquely brings companies and customers together.”

Block steps aside – who steps up?

In a separate press release Block commented: “It’s been my greatest honor to lead the team with Marc that has more than quadrupled Salesforce from $4 billion of revenue when I joined in 2013 to over $17 billion last year. We are now a global enterprise company, focused on industries, and have an ecosystem that is the envy of the industry, and I’m so grateful to our employees, customers, and partners. After a fantastic run I am ready for my next chapter and will stay close to the company as an advisor. Being side-by-side with Marc has been amazing and I’m forever grateful for our friendship and proud of the trajectory the company is on.”

Benioff has done a slight restructure of the organisation, bringing in Gavin Patterson as President and CEO of Salesforce International. Patterson, who spent five and a half years as Group Chief Executive of BT was Chairman for Europe, Middle East and Africa Salesforce for the last seven months. Benioff commented: “We are thrilled that Gavin has chosen to lead Salesforce International headquartered in London. Salesforce International oversees our business in EMEA, Latin America and the Asia Pacific region. Gavin’s global leadership will help us continue to deliver customer success in these important markets. I could not be more excited to have Gavin in our Ohana.”

Back to the results

The other key numbers from the results are:

Salesforce also enjoyed some notable successes in the quarter. In Europe, Block highlighted some in the analyst call, naming Volkswagen Group, 3M who will deploy Customer 360. St. James Place, the UK’s largest wealth manager is to leverage Financial Services Cloud, Einstein Analytics and MuleSoft deepening its relationship with Salesforce. In APAC there were key wins at Toyota and Mizuho Financial Group.

Block also called out some notable success for two of Salesforce’s largest acquisitions; MuleSoft and Tableau. He stated: “We’re pleased with how well Tableau has performed over the year and certainly in Q4. Tableau had significant wins including three of the world’s biggest brands in the internet and retail spaces two of which are at the top of the Fortune 100.

“Toyota, Enel and Volkswagen all chose MuleSoft by the way in the quarter to unlock data and accelerate their digital transformations.” (Source Seekingalpha.com)

There seems no end to the growth of Salesforce. Growth is still incredibly high for such a large company. It is eating into the market share of the other players, especially in the large enterprise market. Is there a long term threat? Possibly, as Oracle and SAP get their act together and migrate customers to their cloud ERP solutions. They may eventually turn their attention to their CX suites. Arguably SAP is already trying with its acquisition of Qualtrics. Oracle is focused on delivering ERP. It seems to be winning back some of the HCM customers it lost to Workday, as it is winning ERP upgrades.

However, in the short term the Vlocity acquisition should help to boost sales. In the medium term MuleSoft may give it the capability to integrate tightly to other ERP vendors. Customers may not need to consider switching to a single vendor strategy. In the long term investments in companies such as FinancialForce, Rootstock, ServiceMax and others may turn into acquisitions as Vlocity did.