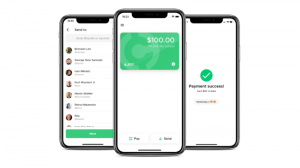 The new software development kit is an all-in-one toolkit with six basic components. The idea is every developer can easily build new applications on the BitCoin SV (BSV) blockchain. In effect, the toolkit reduces each key component to simple code snippets in plain English. ‘All’ a developer needs to do is call the APIs and the Cloud will do all the heavy lifting. with this approach developers can start building powerful BitCoin applications.

HandCash Connect’s key ‘feature’ is its use of the BitCoin SV blockchain. Handcash argues this is the only chain which:

What can developers build?

HandCash Connect is a back-end solution. Instead of as with a front-end, developers can build apps and games for any platform – be these:

In order to encourage, HandCash has said it will be launching the HandCash App Store. This will offer one place where all Bitcoin apps are available.

Many companies have already agreed to participate in this HandCash App Store:

The pre-launch integration program has opened. This what has the potential to provide free exposure and publicity to thousands of its users.

The concept pf a toolkit which reduces each key component to simple code snippets in plain English is an attractive one, albeit not new (think of other BaaS, or Blockchain as a Service, offerings). That does not belittle what HandCash Connect wishes to do with APIs and a cloud-base.

For enterprise blockchain developers the attractions of HandCash Connect are, perhaps, more limited – with one obvious exception. It could be used as an introduction or learning mechanism, for those unfamiliar with blockchains and even Bitcoin, before more focused blockchain enterprise development commences.