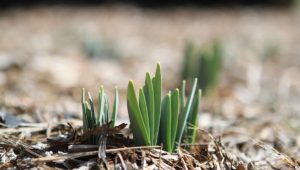 The Spring 20 release for Sage People is now available. It introduces several enhancements and continues the migration of the product to using LEX, Salesforce Lightning Experience. It also introduced People Management workflow in a limited beta. The release posting highlights seven changes with this release:

Sage People WX users are now able to download .ics format (icalendar) entries for absences. Not just for themselves but for other team members too. This format is supported by many calendar applications including Outlook, Google Calendar and Apple Calendar. This appears to be an open beta release and administrators are able to switch on the feature.

Another new, but test feature is the new Generate Accrual Balances batch. This creates accrual balance records and is a snapshot of the accrual log for the current and historic years. The feature and fields it downloads are still subject to change.

The REST API for Get Employee is now generally available. It has also updated the US compliance pack. The pack now includes the changes required by the Equal Employment Opportunity (EEO) Commission with Component 2 of the EEO-1 report.

Another localisation improvement is the ability for users to update skills in their chosen language. Administrators are able to map different skills in different languages within the Skill Library. The option appears to enable the administrator to select a translation with a relevant locale code. It does not appear possible to enter multiple local codes though. While the skills name is supported in local language the scale level is not.

There are several minor updates to the People Management Workflow pilot and further changes for the Compensation planning solution. The latter includes the ability to plan for a salary and/or bonus award using formulae. There are also improvements to the filtering functionality and better support for multi currency.

As a quarterly release, this disappoints compared to the major changes found within Winter 20 as discussed with Paul Burrin, VP Product and Marketing at Sage People. However, the full release notes include a list of bug fixes and minor improvements to the solution that Sage did not feature in the summary article. These include updates to HCM, time, Payflow and Recruit.

With major HR Tech event UNLEASH due to begin next month, it will be interesting to see whether Sage People unveils some major updates in its first Summer 20 release.