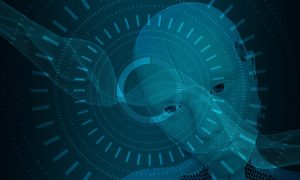 “Focusing on your strengths is required for peak performance, but improving your weaknesses has the potential for the greatest gains. This is true for athletes, executives and entire companies.” – Garry Kasparov, Deep Thinking: Where Machine Intelligence Ends and Human Creativity Begins

As parents, we get to see our kids growing, trying, falling and learning in the process. First steps, first words, first drawings leave us amazed. As our children become adults, they continue to learn, choose a career and become athletes, surgeons, plane pilots, journalists, teachers… and we’re proud.

When it comes to AI, things are rather different. One reason is because AI got started being chess champions, spacecraft pilots and financial traders before being able to do anything our toddlers can do. And second, because curiously, we are way more impressed by the latter than the former…

This is a paradox, formulated in the 1980s by the renowned AI and robotics scientist Hans Moravec: What we consider to be extremely difficult and requiring high levels of training and intelligence, such as mathematics, physics and engineering, are computationally simple for computers. But things that are easy for us, like dancing, cooking, or having a meaningful conversation, are incredibly difficult for a computer. Simply put — we are weak where computers excel, and vice versa.

It is no secret that our computational weakness is costing us billions in lost sales, waste, environmental impact and costs. Because improving our weaknesses has huge potential for payback, shouldn’t we use AI to deal with challenges that are naturally beyond human limited abilities, versus spending billions of dollars and years of education to try do it ourselves?

“If you can codify what you do, then you can get machines to do it better.”

In 1997, after about a decade of research and work “teaching” chess to a computer, IBM’s Deep Blue defeated Garry Kasparov, then reigning world chess champion. This program was able to evaluate 200 million positions per second and “see” 10 moves ahead.

This was proof of computer superiority over people, before the eyes of the entire world. And the demonstration that if we can codify what we do, we can get machines to do it better. Game over.

Today, computers are everywhere, at home and at work, recording every transaction and feeding us back with data. However, we do all the work. Prices, promotions, inventory levels, transportation, production, budget, investments, recruitments… we analyze, we decide, we act and computers record. We live in a world in which people are doing the work, supported by computers.

In complex organizations, business decisions would ideally consider millions of variables that change every day across products, customers, channels and markets. That’s far beyond human capabilities. Facing the challenge, we can only compromise, not because we don’t know what to do, just because we can’t cope with it. In most S&OP processes, planners are only looking at the 30% of products that are making 70% of the revenue, and for the rest, que sera sera!

So, we aggregate, we average and we guess. Computers don’t have to. Machines can go to a level of granularity and vigilance that no human can match. And since we know the work, we can codify it! What took us hours is now done by the machine is a matter of seconds. Skills that took years to learn and master can be replicated and scaled instantly. The impact is a quantum leap in performance, applicable to all business processes that we can codify. This is us teaching machines how to do the work.

After Deep Blue defeated Kasparov in 1997, human vs. computer chess matches dwindled. It wasn’t much fun playing an opponent that never blunders, never gets tired and is immune to stress. Human-computer relationships had to change, which left the chess community with two options. Ignoring computers or inventing a new kind of game in which human and machines would cooperate, not compete. They chose the latter and called it “advanced chess.”

During these competitions, chess players and machine(s) would team up against other chess players with machine(s). Each team is free to use as many programs as they want. Of course, different programs would give different results and decisions have to be made.

Something very interesting happened as the first competitions unfolded. The very well-established grand master hierarchy got scrambled. A new type of chess player emerged. “Not so strong” players managed to get to the top, occasionally winning competitions. In the aftermath, Garry Kasparov came up with this finding – now referenced as Kasparov’s Law:

“A clever process beat superior knowledge and superior technology. It didn’t render knowledge and technology obsolete, of course, but it illustrated the power of efficiency and coordination to dramatically improve results. I represented my conclusion like this: weak human + machine + better process was superior to a strong computer alone and, more remarkably, superior to a strong human + machine + inferior process. So, no matter if you are a ‘weak’ or ‘strong’ human, if the machine is the same, the process wins.”

Human/machine augmentation is the future

The lesson for the business world is that utilizing AI is not just about replacing manual work by computation. Instead, it’s about respective augmentation between humans and machines – leveraging each other’s strengths, timely and consistently. But what can we humans bring to a machine after we’ve codified work and objectives? Codification is discrete and works within a stable and predefined set of rules and parameters. Chess, as an example, is played on a 64-square board with distinct rules.

The real world is different, and context can make a lot of difference. We’re able to assess and understand context in ways that machines cannot. We sense danger, threats, rewards and apply judgment, unconsciously most of the time. We make decisions based on context that may violate rules or convention – sacrificing the queen at chess, driving through red light if necessary, or expediting a drug by helicopter for a life-threatening emergency.

We’re moving beyond mere codification to teach machines to learn from observation and experience. Machine learning algorithms are precisely designed to methodically try, fail, memorize, adjust and start again. Just like us when we learn, the computer needs feedback (a score, a rank) every time it tries. Image recognition is a good example. It is relatively easy to train a computer to recognize flowers by feeding it with thousands of flower pictures.

But what if I want my computer to recognize good Inventory management decisions? You expedited that replenishment. What was the demand? Its volatility? Actual lead time? The extra cost? How much backorders/stockout did we prevent? More difficult: What were the other options?

Despite the huge amount of enterprise data available, half the picture is missing. Systems of records like ERPs only record what happened. And what happened is the results of human decisions made “outside” systems based on a context which can soon be forgotten or lost.

Example: You detect an oversell situation and expedite replenishment, but due to external factors some customers are cancelling their orders, and you end up with excess costs and stocks. A bad outcome for the replenishment decision, and a lesson to remember if it happens too frequently.

To enable self-learning, we must bring decisions into the system, with their context, and log their outcome. These are conditions sine qua non to triangulate problems, decisions and results to learn from. As it is, we try to resolve supply chain complexity with math, like safety stocks or constraint-based supply plans. However, many end up being manually overridden. That’s primarily because they are more theoretical than practical. Each plan is created from scratch, using black box algorithms on a discrete set of parameters — and nothing is learned from previous experiences.

An alternative approach is to start the other way around with a simpler unconstrained model or historical plan and use a set of hard-coded rules and heuristics to adjust it to the situation and make it better. Doing so reduces the time to compute the plan by limiting the effort to the most promising variations, as well as always increasing the learning database. The apex of this model would be to enable self-training by generating thousands of plans for multiple variations of demand and constraint, without historical data, just like AlphaZero, an AI program designed to master games like chess.

There is still a lot to learn and experimentation to be done, but today we can say for sure that cognitive automation does not start with machine learning, but with codifying the decision-making process. Next comes using it in test or real-world modes to build the experiences from which cognitive automation can learn.

The first step can fix 90% of the problems at machine speed, delivering tremendous value. And without this step, there is no learning and augmentation possible. With the potential for tremendous rewards, waiting and staying on the side-lines of this transformation is really not an option.

How an MBO can help your business

Three ways to build a data-driven culture in your organisation

Why Governance Comes First in MLOps

How to turn failing cloud investments into business benefits

AWS reveals all…but what the heck is cloud anyway?