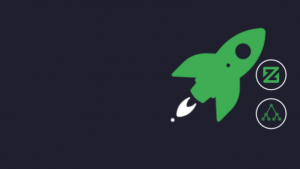 Zcoin, a privacy-focused cryptocurrency, is to release Receiver Address Privacy (RAP) for a desktop wallet. RAP is an implementation of Reusable Payment Codes (BIP47). Originally proposed by Justus Ranvier, this provides greater privacy by permitting users to share a single permanent address publicly without leakage of privacy.

RAP or BIP47 is a very creative solution to the address reuse problem and it works great together with Zcoin’s Sigma privacy protocol offering a complete solution for both sender and receiver privacy,” said Reuben Yap, Project Steward of Zcoin.

“Thus far we have only seen BIP47 being implemented in a handful of mobile wallets such as Samourai, Rune and Billions. Writing BIP47 almost from scratch in C++ allows not only Zcoin to benefit but any cryptocurrency using a Bitcoin core can also adapt the work. We are happy to contribute to the space in improving privacy and seeing greater adoption of BIP47.”

Traditionally, when a user shares an address, anyone can:

This presents a real privacy problem, one which acts to inhibit real world adoption. This is particularly so for businesses which do not want to reveal:

The relevance of RAP

RAP addresses allow for a single permanent address. It is then possible to share this publicly without outsiders being able to tell when it has received payments.

This privacy is also enhanced as Zcoin’s RAP implementation. The latter enables users to send Zcoin’s Sigma transactions to RAP addresses. In turn, this means users hide the information about the sender of the funds.

RAP offers several practical benefits and advantages over stealth addresses. For example, payments are indistinguishable from other payments making it harder to censor. Furthermore, RAP can support light wallets.

RAP is fully implemented and undergoing code review. The Zcoin core team worked with Arcadia, a blockchain privacy preserving software company, to implement RAP. It is scheduled to go live on Zcoin’s network within the next couple of month.

“We made a lot of informed choices when implementing BIP47 on Zcoin. For example, we went with the traditional notification transaction style on the blockchain for notifications versus WebRTC or BitMessage to not accidentally introduce potential points of network level leakage,” said Rasikh Morani, CTO and co-founder of Arcadia.

Zcoin is an open-source, decentralised privacy coin which focuses enabling privacy and anonymity for its users when completing blockchain transactions. It has also developed and implemented the Sigma Protocol – which offers users complete transaction privacy via zero-knowledge cryptographic proofs – without the need for trusted setup.

For all sizes of business such privacy is important. In supply chain or trade finance, transaction history and privacy tends to come via permissioned blockchain networks (for example TradeLens or Marco Polo). If an acceptable solution – like from Zcoin – is available for business which does not require participation in a permissioned blockchain, this will represent a step forward.