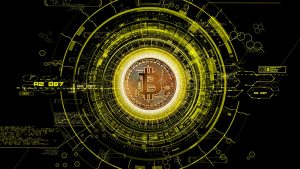 Blockchain has captured the imagination of both businesses and government organisations. Distinguishing between hype and the real potential of this technology can be difficult. Blockchain promises to redefine trust, allowing organisations to build decentralised systems where they do not need to trust the owners of the system.

It’s hard to talk about all the different blockchain use cases collectively and come to sensible conclusions. This is because they are many and varied and each will have varying requirements and goals. The analysis began by surveying the feasibility of 10 categories of blockchain use cases. This included digital currency, ledgers and lightweight financial systems, among others, and we put these into various categories. It enabled WS02 to identify a number of common traits.

New versus old systems of trust

WS02 found that most of the use cases it looked at have already been solved in some way. So why is there a need to implement blockchain? The answer is that blockchain can provide a new kind of trust.

Unlike traditional trust systems, blockchain-based systems can operate without either of the assumptions being true. Operating without the first assumption is known as decentralisation and doing so without the second is known as dynamic trust establishment.

Operating without these assumptions to achieve a new level of trust does not always mean that we should. We need to consider the trade-off between the cost of using blockchain and the potential return. This is not a technical decision, but one that looks at values and how much risk we’re willing to take.

Weighing the costs of blockchain

WS02’s analysis identified several challenges. Some were technical and will likely be fixed in the future. Others were risks that are inherent aspects of blockchain and unlikely to change. Blockchain challenges are:

Having evaluated all of the use case categories in the context of blockchain’s challenges and risks, WS02 arrived at three levels of feasibility:

These are hard problems to fix and could take at least five to 10 years to resolve. In most cases, today’s centralised or semi-centralised solutions for establishing trust are faster, have more throughput and are cheaper than decentralised blockchain-based solutions.

Is blockchain worth it?

Decentralisation can be useful in a number of scenarios such as:

It enables system rules to be applied to everyone evenly and reduces damage. This is because fewer user accounts are compromised in the event of a hack/system breach.

The polarised arguments around blockchain’s value suggest there is no shared understanding of the value of decentralisation. Organisations express concern around the arbitrary power of governments as well as large organisations. However, do they understand the trade-offs and additional resources required to attain higher trust? Privacy is also a concern. Yet most of us share data daily in exchange for free access to the internet and social media platforms.

Decentralisation needs to be part of a policy decision that is taken only after wide discussion. On the one hand, in an increasingly software-controlled world — from banking to healthcare and autonomous cars — the risks associated with centralised systems are increasing. That said, trying to attain full decentralisation could kill blockchain, especially if overly ambitious targets are set because the cost will be prohibitive.

Fortunately, centralised versus decentralised does not have to be an all-or-nothing decision. Multiple levels of decentralisation are possible. For example, private blockchains are essentially semi-decentralised because any action requires consensus among a few key players. Therefore, it is important to critically examine each blockchain use case.

There has been significant financial investments in blockchain, but if the quest for a fully decentralised solution takes too long; it will put the future of blockchain at risk. This makes a good case for starting with a semi-decentralised approach to minimise risk and then strive for full decentralisation in a second phase.

A full analysis of the trade-offs

Blockchain provides mechanisms for establishing trust that reduce the risks associated with centralised systems. It enables agility by automating the verification required to establish trust. When compared to current decentralised or semi-decentralised blockchain solutions, centralised solutions are faster, have more throughput and cost less to implement. That said, as governments and market demands address the technical challenges blockchain faces, the associated costs and barriers to implementation will be reduced.

In summary, deciding which blockchain use case to invest in and when requires deep critical analysis of all the trade-offs. 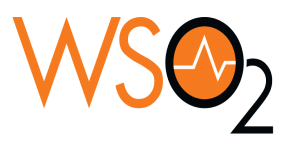 Founded in 2005, WSO2 is one of the world’s best open source integration vendors, helping digitally driven organisations become integration agile. WSO2 is a global organisation with offices in Europe, the Americas, Sri Lanka and Australia.

WSO2 solutions give enterprises the flexibility to deploy applications and services on-premises, on private or public clouds, or in hybrid environments and easily migrate between them as needed. All of the products are pre-integrated allowing enterprises to focus on value-added services and get to market faster.