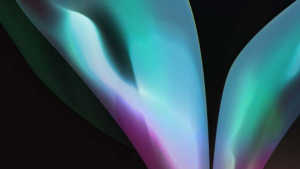 QAN, a vendor of a quantum-resistant blockchain platform, has released an ebook describing its Proof-of-Randomness (PoR) protocol. Designed to mitigate the massive energy consumption of Bitcoin and Ethereum, while maintaining the security that Proof-of-Work (PoW) promises, this protocol present a way for block validation to move forward at a scaleable and energy-efficient level.

According to QAN co-founder and CTO, Johann Polecsak, this system is the most environmentally and fiscally responsible solution for blockchain available while being democratic. It is important to create and participate in technologies that lessen the burden on the earth and its resources.

Bitcoin is an energy hog. For example, QAN suggests that one Bitcoin transaction requires the energy equivalent of:

Put another way, the ‘Bitcoin network’ consumes >70 TWh of electricity per year. This is approximately the same as Austria’s annual consumption.

“The new transparent technology must not waste our precious environmental resources. PoW, known as mining consumes a tremendous amount of energy. The other solution, Proof-of-Stake (PoS), while not using significant energy, is not democratic. We went for an all-new consensus algorithm, Proof-of-Randomness (PoR), which consumes a hundred times less energy and yet remains democratic,” – says Johann Polecsak – CTO at QAN blockchain platform.

Bitcoin, and the blockchain technology that gave it life, may be revolutionary. The massive energy cost of validating blocks on the Bitcoin network means this cryptocurrency is energy inefficient.

The introduction of Ethereum by Vitalik Buterin certainly made some strides towards change. In particular, the movement away from simple currency usage toward smart contracts and the like has established a different blockchain-based industry.

However, as with Bitcoin, Ethereum also runs on a Proof-of-Work (PoW) validation protocol. While it consumes less energy it is still untenable in a green-conscious world. While Buterin has promised a new proof of stake validation method based on the Casper protocol – which should be less energy intensive, the problem of scalability and of delivering enough transaction per second throughput remains.

The QAN blockchain platform offers a solution (spelled out in its ebook). What QAN claims is that it has created a more robust and certain validation method called Proof-of-Randomness (PoR). This validation method creates a random block generation sequence. When any block is validated, the validator is moved back into the line, to await random selection.

In this, all validators have an equal opportunity to validate a block at any given point – based on a deposit paid. By moving the validation process away from mathematical equations and toward random choice.

In effect QAN argues that it eliminates the need for massive electrical usage in solving complex equations to mine blocks on blockchain networks. Two benefits are immediately apparent:

The latter is significant because the time to select the next random validator is all that is needed to generate the next block. This makes transactions per second higher by an order of magnitude (says QAN).

QAN is a quantum-resistant blockchain platform powered by blockchain fintech brand Centrum Circle. It uses Lattice cryptography which it believes makes its approach resilient to quantum attacks that could become possible within the next five years. This is a risk which all major crypto networks are vulnerable to in the future.

Whether the QAN approach will reduce electricity consumption needs proof. Irrespective, QAN’s ebook is a short (less than 50 page) read, and so relevant for many interested in blockchain for 2020.