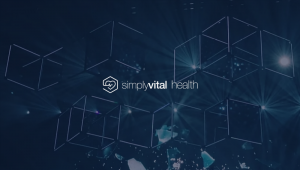 SimplyVital Health (SVH) has launched its blockchain-powered auditing API, Aletheia, on the Microsoft Azure Store. In doing this SVH hopes to re-engineer healthcare for trust and value through the application of decentralised technology – with the effect that ‘data actually moves’. SVH is excited to announce a crucial tool for driving trust and value: Aletheia, a straightforward event-logging API that increases trust between data-sharing partners.

“Aletheia is versatile. We’re using it in our own platform to help providers with MIPS requirements,” said Lucas Hendren, CTO of SVH. “The immutability aids with security and compliance in healthcare.“. They

Aletheia is one of SVH’s decentralised tools. These are the product of industry-driven demands for transparency between healthcare organisations. They need to share critical patient data in the ever expanding healthcare environment.

Aletheia enables developers to leverage blockchain characteristics to build trust within processes. It does this by storing application events on public blockchains.

Using smart contracts, the API stores cryptographic hashes along with meta-data. This provide an immutable history of application events, including the state of complete data objects.

This data is stored in the event log of a corresponding smart-contract on the Ethereum blockchain. The return value of this API call is the block number and transaction hash that can be used to find this event on the blockchain.

For example, Health Audit v.1 is an intuitive event logging API. It provides a secure interface for storing messages comprised of cryptographic hashes and related meta-data. Used by SVH, it stores the keccak256 hash of a JSON data object representing a discreet request for patient data through its application.

The effect is to provide an audit-able trail of data access and changes using public immutable blockchains such as Ethereum and SVH’s Nexus.

Built by SVH, Nexus is a HIPAA-compatible blockchain which provides a permissioned decentralised system designed for healthcare. Based on a fork of the Ethereum network, its governance protocol (on-chain voting, and secure node validation) make it a healthcare-safe blockchain.

As required for nearly every decentralised transaction in healthcare, its Key Pair System (KPS) expands on early MIT research to allow patients and enterprises alike to govern access to sensitive off-chain data. Use cases abound, and early implementations include opioid prescription tracking and data sharing within a decentralised compound pharmacy network.

SVH’s stated vision is to provide “secure and easy access to healthcare data for everyone”. It seeks to do this by building trusted care networks with providers – by enabling secured data movement. By leveraging decentralised tools, it hopes to facilitate secure data access across the whole range of healthcare. The expectation is that when data is appropriately accessible, then healthcare care improves and costs decrease.