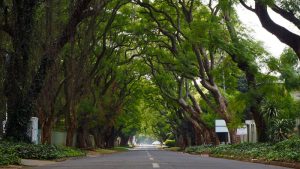 Johannesburg-based blockchain project Terra, recently celebrated the first anniversary of Credit (CREDIT) block production. CREDIT is a decentralised proof of stake cryptocurrency which Terra claims is simple to mine and which rewards its holders with passive income. Besides the anniversary celebrations, Terra has announced new products which focus on the development of digital payments processing in developing countries.

Dan Ronchese, Founder of The Terra Foundation and creator of the Credit (CREDIT) cryptocurrency, stated: “The only way a cryptocurrency can become a global payment system is if everyone who makes payments has access to it“.

The Terra blockchain and CREDIT

The unbanked segment consists of at least 2 billion adults, who:

In consequence, a potential US$1 trillion (according to Terra) ‘operates’ beyond the traditional global financial system.

CREDIT is a progressive blockchain which can support CREDIT mining on almost any digital device. In so doing this offers a real-world solution to those struggling to store and increase wealth existing outside of traditional banking systems. Solo miners can stake rewards with a potential gain of 100% annual profit, and receive mining rewards.

In addition, CREDIT is a payment processing platform which:

At its core, CREDIT is a hybrid PoW/PoS blockchain. Now in its second year of block production (via PoS only), several thousand (unspecified) CREDIT miners are earning an income from supporting the CREDIT blockchain. They earn new CREDITS for this mining. Significantly, CREDIT miners do not compete with each other as they support the blockchain CREDIT.

Since its launch, Terra has ensured that CREDIT users have a wide range of wallets available. This comes across a range of platforms, with support for Windows, Mac, Linux, Android and even Raspbian (Raspberry Pi).

Although the main focus of Terra is CREDIT as a decentralised cryptocurrency, it has developed eight interweaving products, each of which seeks to support potentially groundbreaking services/products to particular emerging markets. These developments include:

MiniPOS is a web-based CREDIT staking wallet which:

Tellus-pay and Tellus-merchant comprise an ecosystem for unbanked users to have access to a digital wallet and payment platform. Merchants can integrate Tellus into physical or digital stores and accept instant payments for zero fees or commission. It features:

Terra-mart is a zero fee shopping marketplace operated by Terra and Tellus-Pay. Vendors can offer goods and services for sale online. They receive their own unique digital store, enhanced with a specific URL. Use of CREDIT is the default and the only currency whereby buyers and sellers pay zero fees to do business online.

Terra Wallet is a web and app-based wallet for CREDIT. While under development, all its major functions are live. The design aims to provide Android-based access so that users can transact with and store CREDIT with a smartphone.

Terra-cex is a South African cryptocurrency exchange platform. In effect it:

Terra emphasises that virtual currencies (like CREDIT) are not legal tender, are not backed by government (as are fiat currencies) and do not possess consumer protection for accounts and the value of balances held. As if these caveats were not enough, cryptocurrency and token values are volatile (q.v. Bitcoin over the last two years) which means there is no guarantee of a stable value or value at all.

In Terra’s view, the only way a cryptocurrency can become a global payment system is if everyone who makes payments has access to it. This explains why it is focusing on expanding beyond its mining platform heritage – though this, in itself, is interesting for its use of smartphones and inexpensive computing like Raspberry Pi. The Terra ecosystem is what may draw-in new users, who then may gain added passive income via use of their smart device.