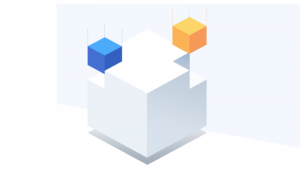 “Unibright and Digital Asset are working toward a common goal. We want to build distributed business processes in a way that is user-centric and blockchain agnostic. DAML is a beautifully designed language that makes it even easier for Unibright to target multiple protocols with just one coding language. Moreover, the Unibright Workflow Designer and the Unbright Connector add visual process definition and automatic off-chain integration to the DAML world – a clear win-win for our customers realized through this integration,” said Stefan Schmidt, CTO and Co-Founder at Unibright.

Unibright offers its Blockchain Integration Framework as a way to bring blockchain technology and smart contracts to mainstream usage. With its ‘no-coding-needed’ approach, smart contracts its tools generate, deploy and update automatically into different blockchains.

“Unibright’s visual interface to create DAML smart contracts will help businesses get to market even faster. Combined with out the box integrations to existing systems and that both DAML and Unibright’s Business Integration Framework are compatible with multiple blockchain platforms, this is an extremely compelling offering to customers,” said Dan O’Prey, CMO and Head of Community Growth at Digital Asset.

DAML, integration and the partnership

DAML is an open source platform and toolchain created by Digital Asset for developing distributed applications. It adopts a developer-oriented toolchain which comes with an explicit security and correctness model. This means code changes are:

As a smart contract language and toolchain DAML’s purpose is to:

Until comparatively recently blockchain was a ‘specialist’ topic. Blockchain implementations tended to be one-off and/or executed in isolation.

With tool partnerships like that of Digital Asset and Unibright, the enterprise need for blockchain integration with existing applications and IT infrastructure comes closer. Whether smart contracts are a dependable way forward remains open to question. But, to Enterprise Times, the good news for large organisations is that blockchain adoption need no longer exist in solitary isolation.