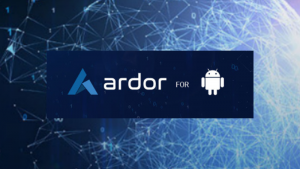 Jelurida has announced its Java-based Ardor blockchain now runs on Android as a full node. This supports the complete set of Ardor platform features which means users can participate in a decentralized network with their mobile phones and tablets – without having to manage a server or to run the software on (for example) laptops.

“Running a proof-of-work mining node on a mobile device is unthinkable, and other proof-of-stake blockchains are moving in the direction of increased centralization by depending on master nodes and using delegated consensus,” says Petko Petkov, the engineer leading Jelurida’s Android initiative.

“Jelurida remains committed to true decentralization, enabling even the minor token holders who would not consider managing a server to participate in the network consensus, generate new blocks and earn fees. Negligible energy requirements and automatic pausing on metered connections means users can leave the Ardor software running on their smartphones all the time.”

Until this announcement, the prevalent approach for mobile devices was to run only light client functionality. Creation of new blocks (a critical part of any blockchain) and many important Ardor features (bundling, automated funding, coin shuffling) all required a server. The full Ardor node on Android opens access to all such functionality on modern Android smartphones (and, presumably, Android tablets).

Ardor is a multichain blockchain platform with a parent/child chain architecture:

This design – with access to hybrid user permissioning capabilities – is the key to the flexibility necessary for a variety of use cases. It opens a door to mainstream adoption of blockchain technology because Ardor:

By maintaining its own copy of the blockchain, the mobile device becomes a full-fledged participant in a blockchain network. It is as reliable as a dedicated server – except that it can travel with the user all the time (and not have to be in a remote datacenter).

IoT projects, in particular, will now have the flexibility to integrate directly with the blockchain for Android based:

While a proof-of-stake blockchain does not depend on ‘mining farms’, there is still a risk if most nodes are physically located in a few datacenters when a natural disaster or coordinated attack ocurs. These can cause major disruptions.

When, however, numerous mobile devices – located all over the world and in the physical possession of owners – can participate in a proof-of-stake consensus, the resilience of a blockchain against natural or human adversaries should ramp up to a whole new level.

The consensus-as-a-service model of the Ardor blockchain ensures that improved decentralisation, security and network resilience will benefit Jelurida business customers with a dedicated child chain. This will apply also to those building applications on top of the Ignis child chain.

The appeal and logic, especially for Android IoT devices, is obvious. It is, to Enterprise Times, somewhat less so for today’s smartphones – though perhaps this will change with the arrival (in the middle 2020s) of ‘real’ 5G.

Even in a 5G connected world, the implications and costs of all the communication traffic for an Andoid node-supporting device could be heavy. Whether the cost, communications and battery implications, are excessive, Jelurida’s Ardor implementation on Android should demonstrate.